Spann Cordle and Mr. Hoyt are back together at Walmart

Shoppers of Trion’s Walmart will get an early Christmas present as two of the most beloved employees are back at store 756, Spann Cordle and Mr. Hoyt Williams. 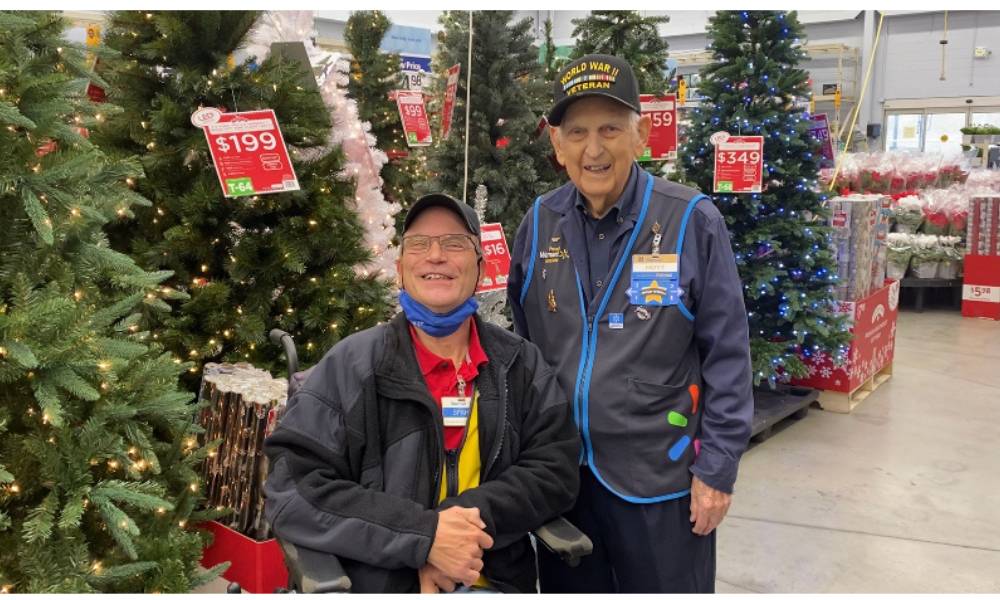 Shoppers of Trion’s Walmart will get an early Christmas present as two of the most beloved employees are back at store 756, Spann Cordle and Mr. Hoyt Williams.

97-year-old Hoyt Williams has been suffering from some minor health issues which resulted in his absence for several weeks. Spann recently moved back to Summerville from Griffin, Ga.

The Pair worked together as Walmart greeters for several years before Spann moved to Griffin. “It’s great having Spann back home,” Mr. Hoyt told AllOnGeorgia. Spann began his career at Walmart in Trion in 2007, while Mr. Hoyt started working at Walmart in the early 1990s.

The following few weeks were a whirlwind with moving and settling into work.  Spann will be working full time at Walmart. “It feels great to be back where it all started.” 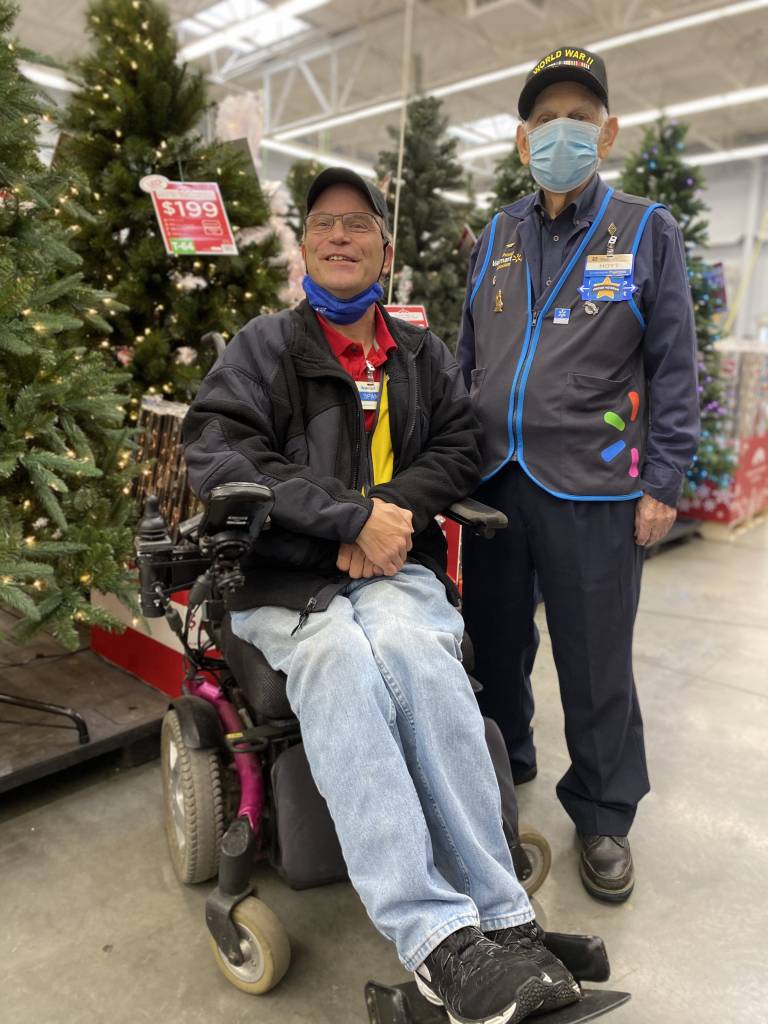 Spann was born premature which resulted in cerebral palsy. Cerebral Palsy is an injury to the cerebrum, the principal and most anterior part of the brain, before, during, or shortly after birth affecting a person’s ability to move.

“I was born 3 and a half months prematurely, my lungs had not developed to get oxygen to my brain, so in the process brain cells died due to lack of oxygen therefore causing a lesion (scaring) on my brain, which caused The Cerebral Palsy. To some my CP is seen as severe, but in actuality it’s kind of middle of the road. I have no mental learning or cognitive disabilities, however, my physical movements are effected. I do live alone independently and drive a vehicle with no special equipment of any kind.”

“In life you gotta play the cards you are dealt and make the best of what you have.”

While there are many customers at Walmart who may be meeting Spann for the first time, the old faithful who see him back immediately ask, “Where’s Finn?” 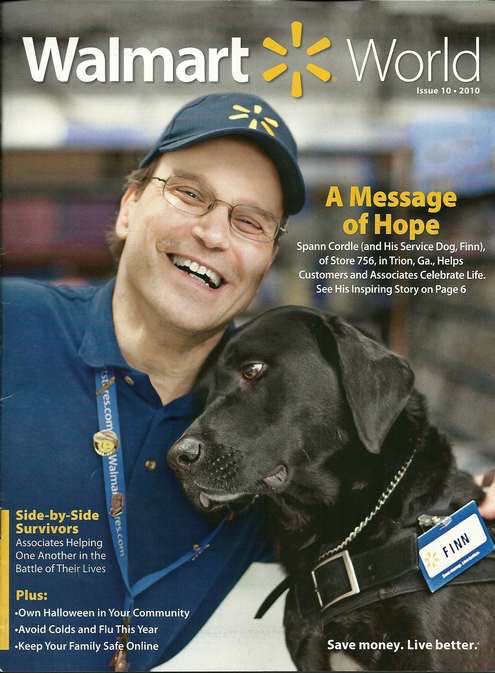 Finn, was a black Labrador retriever mix and served as Spann’s service dog, friend, and sidekick. A little over two years ago Spann had to say goodbye to Finn. He was battling degenerative spine disease, the decision to put him down was inevitable, “I could not let him suffer.”

When asked if he would be interested in getting another dog, Spann said he had been offered many dogs, but no other dog could compare to Finn. 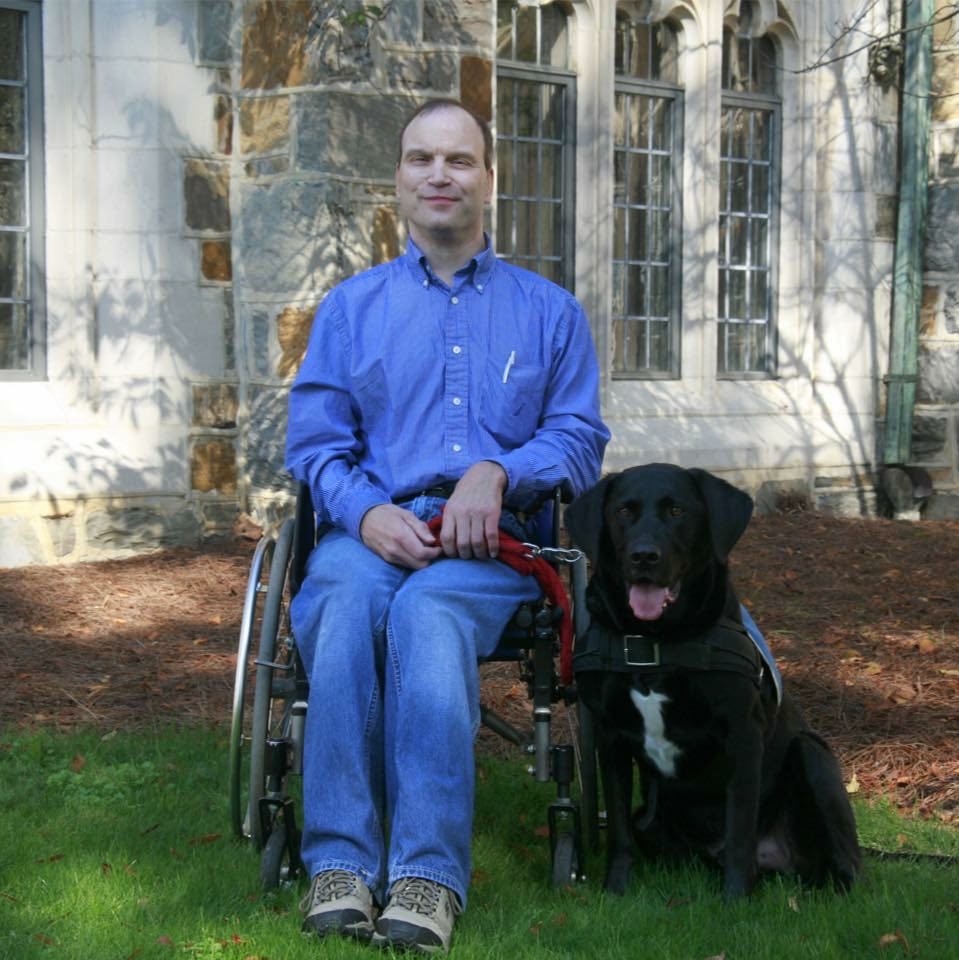 Finn had been with Spann for over 12 years, which is rare for a service dog to work that long without being retired or replaced.

In Finn’s eyes, Spann saw his own perfect reflection without any disability. “I miss how he knew me. His trainer had told me, he will eventually know you better than you do…. She was right.”

If you are out shopping at Walmart this Holiday Season, be sure to look for Mr. Hoyt and Spann and take the time to say hello to these exceptional men.