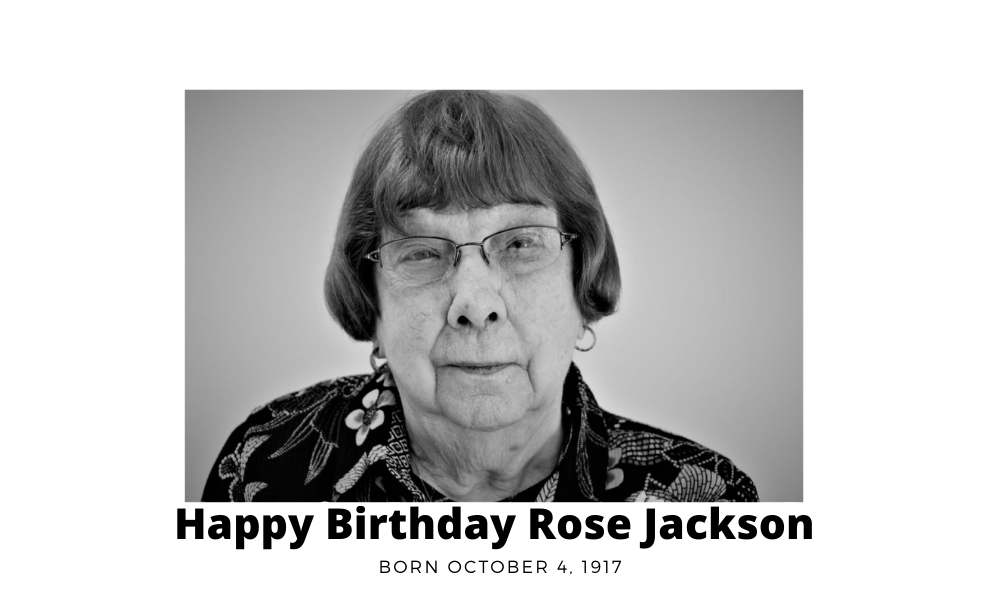 First Lieutenant Rose Jackson served as a nurse during World War II from 1942-1946. She was one of the 20 U.S. Army nurses with the 5th Evacuation Hospital who landed on Omaha Beach on June 10, 1944, just four days after D-Day. In all, Jackson’s hospital saw 25,544 admissions.

Jackson served in six European campaigns throughout World War II. Jackson received many medals and awards for her service.

After the War she moved to Chattooga County where she served the community as a nurse for many years.

Former Georgia House of Representatives member, Barbara Reece shared the following post on social media asking for the community to send cards, flowers or candy to Ms. Jackson. Reece also said Ms. Rose has someone who stays with her “around the clock”, so she was not concerned with sharing her home address as it is also available in the phone book, she added.

Rose Jackson, will be 103 years young on Sunday, October 4, 2020. Her address is 668 Maple Drive Summerville, GA 30747
Covid prevents visits, which she would certainly enjoy! So, lets all show her love and appreciation by sending her cards, flowers, or candy!
First Lieutenant Rose Jackson US Army WWII went ashore on Omaha Beach just days after the D-Day Invasion of Normandy. The mission for her and fellow nurses was to set up hospitals directly behind the front lines of our Allied Forces. They constantly moved as the troops advanced across Europe. Rose is a real hero!
Somewhere, between battles, she met a Jackson boy from Lyerly and they were married when the war was over. Rose was a nurse for Doctor Little in the Trion Hospital. She and her husband also operated a store in Lyerly for many years.
Rose not only did her part to support the war effort, but she was instrumental in making Chattooga County a better place to live and raise our families. Thank you, Rose Jackson.”