Two candidates seeking statewide office in Georgia are set to address the next meeting of the Chattooga County Republican Party. 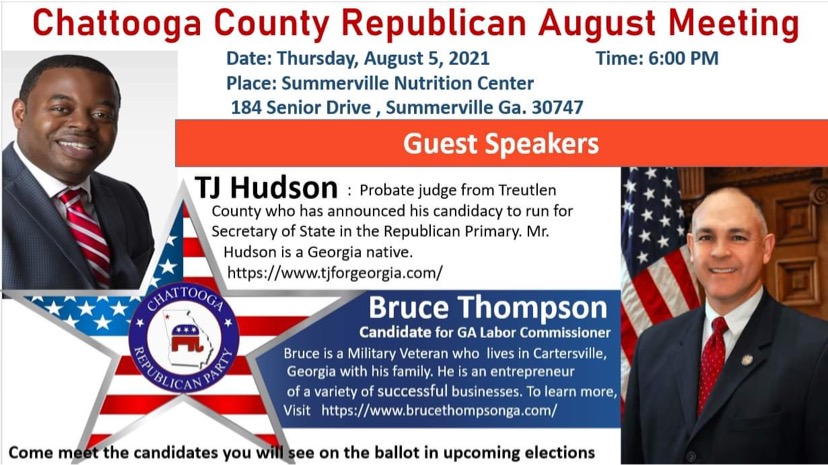 Two candidates seeking statewide office in Georgia are set to address the next meeting of the Chattooga County Republican Party.  T.J. Hudson is running for Georgia Secretary of State and former state senator Bruce Thompson is a candidate for Georgia Labor Commissioner.

Thompson is from Cartersville and says the Georgia Department of Labor has been completely mismanaged and has failed the citizens of Georgia under the leadership of current Republican Labor Commissioner Mark Butler.

Thompson says, “It’s time for fresh ideas, new leadership, and a solution-oriented approach to cut through the bureaucratic red tape, empower small businesses in our state and get hardworking Georgians the benefits they deserve”.

Hudson is the latest Republican candidate to join the race to unseat Secretary of State Brad Raffensperger with a campaign that will emphasize his experience supervising local elections.

Hudson and Thompson are scheduled to be at the next Chattooga GOP meeting coming up Thursday, August 5th at 6 PM at the Chattooga Nutrition Center on Senior Drive in Summerville.