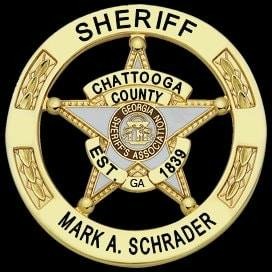 Sheriff Mark Schrader released the following statement in regards to the lockout at Chattooga High School:

On Tuesday, December 4, 2018 at 11:42 a.m. while our inmate work detail was working in the area of the Agricultural Center on Middle School Road an inmate, Ronald Charles Ethridge, who is being confined for a violation of misdemeanor probation through Chattooga County State Court, attempted to escape confinement by running from the work detail. Ethridge ran approximately 1/4 mile before being apprehended by Lt. Fulmer of Summerville Police Dept. Ethridge’s original charge was criminal trespass and he was due in court on the 11th of December. “We select inmate workers from general population inmates who, based on history and/or charges, are less likely do this exact thing. Unfortunately, sometimes they dont make the best decisions and end up facing more charges. I appreciate Officer Gardner’s attention and quick response to alert the Sheriffs Office. I also appreciate the Summerville Police Department and our deputies quick response to the area. Lt. Tim Fulmer was able to apprehend Ethridge within 5 minutes of him running”.