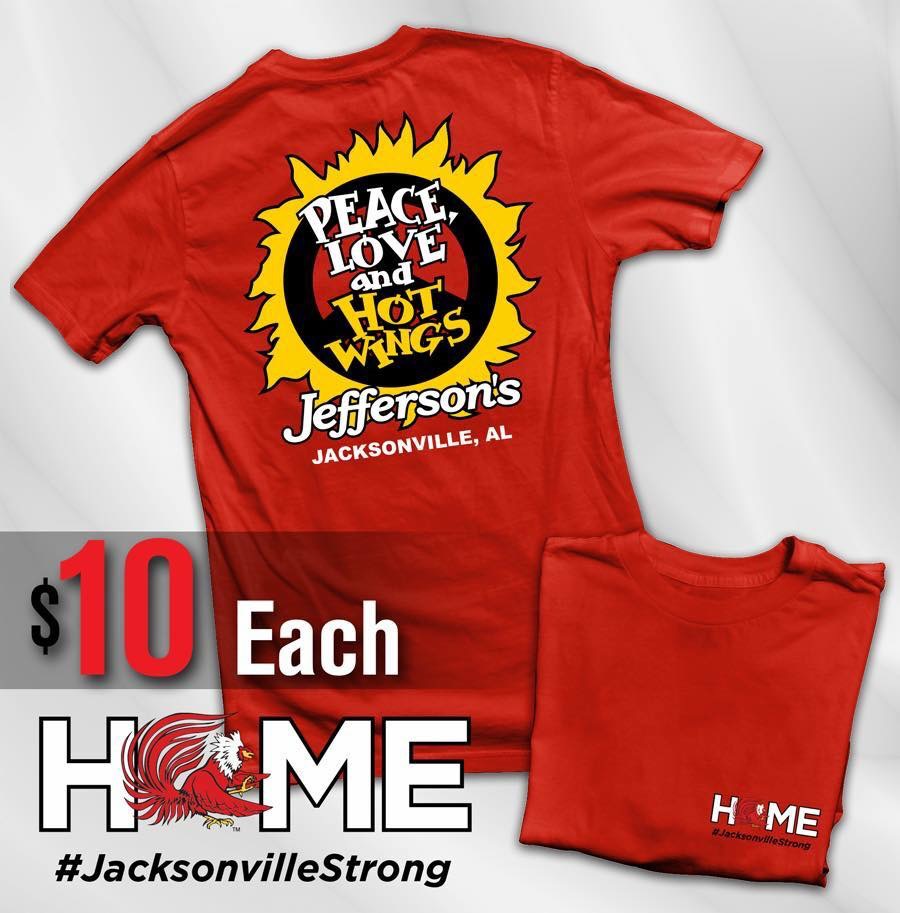 The restaurant chain sold shirts for $10 as a fundraiser for tornado relief in Jacksonville, AL, the location of the first Jefferson’s. Also, a percentage of food sales went toward the fundraiser, as well.

The Original Jefferson’s Restaurant opened in Jacksonville, AL. on September 15, 1991. There are now 22 Jefferson’s locations.

Through a Facebook post Jefferson’s Restaurant in Summerville released the following statement: “A big THANK YOU to all of you who helped Jacksonville tornado relief efforts last week.”