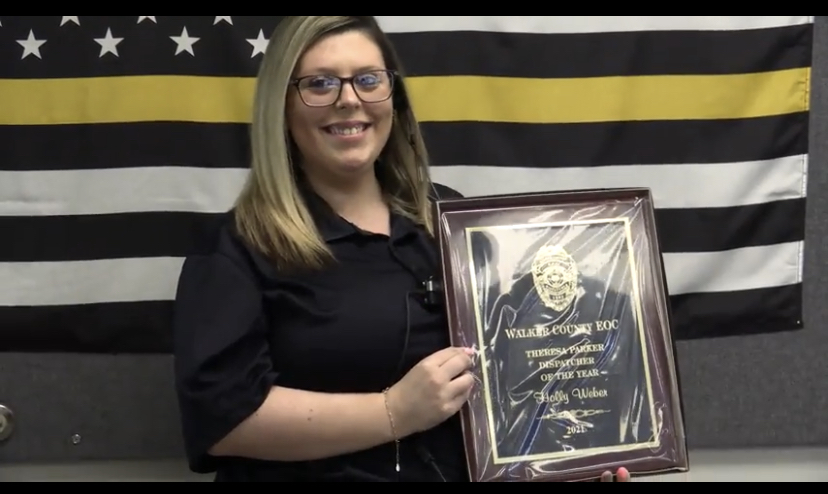 One of Holly Weber’s first calls on the job was truly heartbreaking. The Walker County E-911 dispatcher tried to help a 36-year old man, who ultimately succumbed to a heart attack.  Over the past three years, Weber has been on the receiving end of many other memorable calls, always keeping calm and professional during times of emergency.

As part of National Public Safety Telecommunicators Week, Walker County recognized Weber with the Theresa Parker Dispatcher of the Year award. “We felt as a department that she deserved it because of her customer skills when she answers 911 calls and also the way she goes above and beyond on the radio helping first responders get to where they need to go,” said Scott Wooten, Operations Manager, Walker County E-911.

Along with being named the Theresa Parker Dispatcher of the Year, Weber received two lifesaving commendations for talking callers through CPR over the phone, helping save two lives. “I wanted to be a dispatcher because my brother was a deputy with the Walker County Sheriff’s Office,” said Weber. “I wanted to help people in the community like he did.”

Weber now serves as a backup supervisor at Walker County E-911 and is in training to help on board new hires in her department.