Flying with the Greatest Generation

Flying with the Greatest Generation. 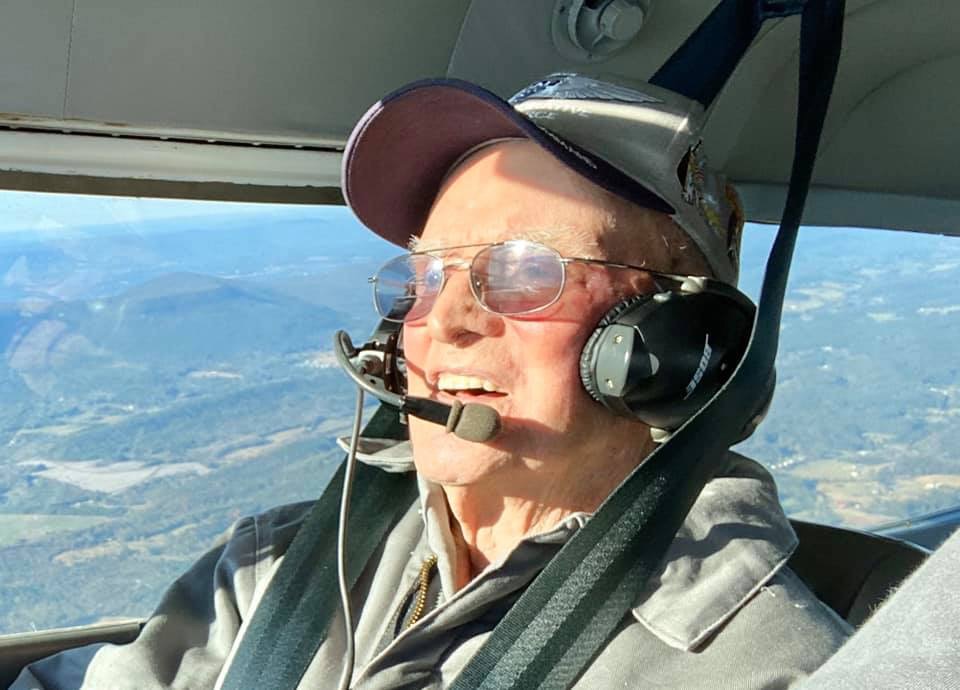 I have been a pilot now for 20 years now after earning my private certificate in 1999. For anyone that has flown an airplane I believe there are certain flights that just thinking of instills joy. Examples of these flights are first solo, check ride, taking your spouse, kids, parents, my 95 year old grandmother for a flight, flying right seat in a twin over the Canadian Rockies, etc. For me, today was one of these days, a day that I flew with a fellow vet, but one from a very different time.

Ever since Erin M. Pledger talked to me about taking up her grandfather, Mr Charlie Marks (or “Grandpa” as I was instructed to call him) I have been excited about it. Those who served during the 1940’s are dwindling at a rapid pace as the years go by. I look at pictures of men from this time period on the walls of our veterans room at our church, I have seen the grey haired men, who left as boys to serve. I have admiration of this generation that extends deeper as well as my grandfather who served during WWII died in the late 50’s, so I have only met him through pictures, stories, and letters that have been passed down.

This brings me to today. Having readied our plane and finished my checks I waited with anticipation. I wonder what he’ll want to do, go…

Mr Marks arrived with his granddaughter (and some of his great grandkids) bearing gifts of aviation magazines he had been saving for me. A strong handshake surprised me as we met as he is almost 97. Though the number seemed it should be much lower if judging by the sharpness of his memories, the stories of soloing his first plane, spin training, B-17s, B-29s military training… He even was giving me weight and balance information for a plane he hadn’t been inside of in more than 70 years!

We sat talking for a few minutes before going out to the plane. I had asked if he thought he might want to fly it some, a quick, “I don’t think I should” left me doubting he would if I asked again. We started our take-off roll and as soon as we took flight the biggest smile came across his face. He talked about the area, planes he had flown, we laughed at stories. As I leveled off I asked again, “I wouldn’t feel right if I didn’t offer to let you take the controls.” With a smile and no hesitation he reached out to the yoke and replied back in textbook form, “I have the controls.” My reply, “you have the controls.” As I sat back I believe my smile matched his.

For those who have flown a plane or even driven a car, you probably remember a tight grip on the wheel, jerky motions that took time and practice to smooth. Not this gentleman, he took the controls with a general touch of one hand and made small smooth adjustments, scanning the instruments commenting on the changes since the last time he flew in 1946! I had been told this number before, but watching his enjoyment, his control of the aircraft, I was beyond impressed.

I did take a few pictures, but my mind kept jumping to the image of Mr Marks last flight behind the controls of a B-29 (73 years ago) in 1946 just after WWII had ended!

We landed and taxied to the terminal. It was like he had a skip in his step as we exited the plane and made our way inside. I was able to sit down with him for a while longer for more stories before taking “those kids” for a ride. I believe he was more than content sitting back and holding his newest great-grandson while we flew.

We returned and I received a lot more thanks than I deserved. It was an honor for me to take him up, to be sitting beside a true hero, to watch Grandpa transform into a young Army Air Corp pilot in his early 20’s training and flying during WWII.

I will not soon forget this day. It will forever be one of my favorite flying stories that I have already shared with many of my pilot friends, all of whom I believe are envious of the gift I was given today.

I hope we get to go again soon Grandpa.