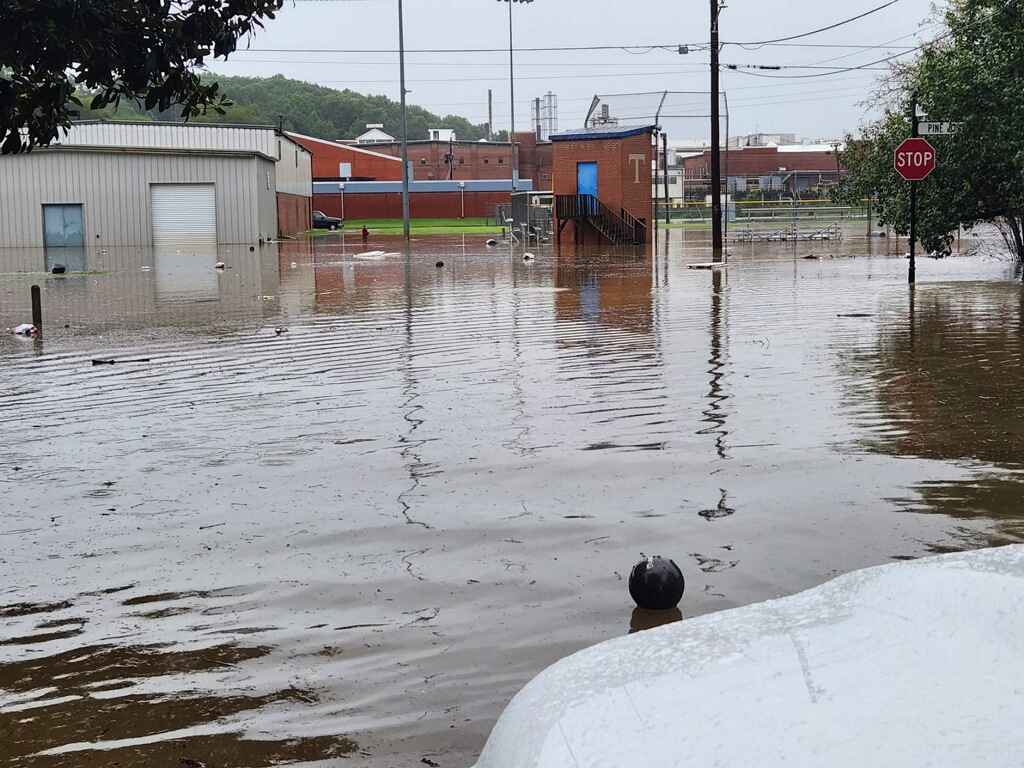 Chattooga County is under a Flash Flood Emergency until 1 p.m.

There are rainfall estimates of 10-13 inches of rain has fallen in Chattooga County.

Downtown Summerville is flooded, Commissioner Elsberry said the tax office, annex courthouse and jail all have water in the buildings. The jail is only flooded at the administrative part of the building not the cells.

Elsberry has been out all morning assessing the situation with Sheriff Schrader and Judge Maddux.

Sheriff Schrader is pleading with people to stay at home if at all possible. “There is no way we can list every road with problems, but we are having people driving through water and becoming stranded,” Schrader said.

Elsberry said the animal shelter would be relocating the animals to Rome due to flooding.

All City of Summerville water customers are under a boil water advisory until further notice. This includes the city of Menlo customers too.

Trion Police Chief David Gilleland said many roads in Trion are flooded  and some residents are evacuating.

North Summerville Baptist Church is setting up an emergency shelter, the Red Cross is on their way to the church.

Summerville City Councilman Joe Money said Governor Kemp is aware of the flooding and GEMA will be mobilizing in the county soon.

* IMPACTS…At 16.0 feet, Minor flooding continues and expands further into the woodlands and fields along the river upstream and downstream from the gage on U.S. Highway 27 or Rome Boulevard.