The first annual Clint Young Memorial Golf Tournament for Santa in Uniform was an absolute success this past Saturday, August 11, 2018. 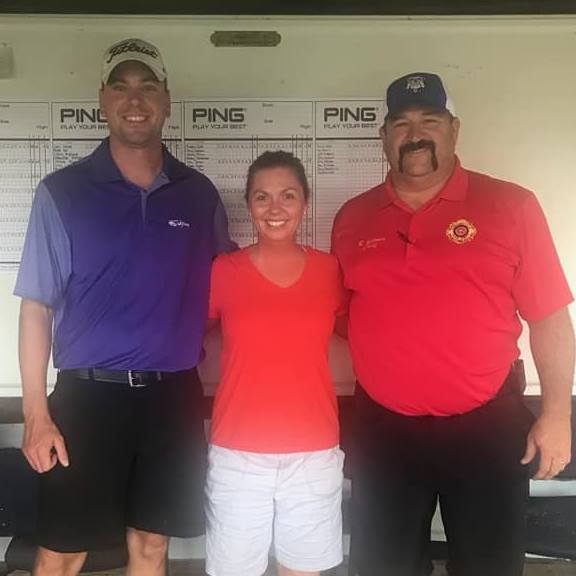 For Santa in Uniform, Christmas is a year round season. Events and fundraisers happen throughout the year in order to provide Christmas to children in Chattooga County.

The golf tournament was named in honor and memory of law enforcement officer Clint Young. “Clint was on the ground floor of Santa in Uniform seventeen years ago,” Fire Chief Robbie Lathem said. “This will be the forever name of the tournament.”

Clint Young’s daughter, Kellie Young Renslow, told AllOnGeorgia, “I know Dad would be so proud of what was accomplished through the golf tournament. Santa In Uniform was a program that was very dear to his heart and he would be thrilled to know it was the most successful fundraiser ever. He would be so delighted to know how many children will be helped this year. My family and I were honored to be a part of it.”

Santa in Uniform provided 45 children a Christmas morning in 2017 and plans to add at least 15 more for this Christmas.

A total of 26 four person teams played in the golf tournament, which consisted of 104 players.  Twelve teams teed off at 8:30 am tee time, and 14 teams at 1:30 pm. “It was a great turnout, the most ever for a tournament at Trion Golf Course,” Randy Henderson said.

“We would like to thank everyone who participated, volunteered or donated items for our raffle; we truly appreciate your help in making this event a huge success! Special thank you to Trey Skelton for organizing this event, McDonald’s for providing breakfast and Sav-A-Lot, Jim’s Restaurant and Jason Taylor for providing lunch for all our players and volunteers,” an official from the Santa in Uniform organization said.