The apple doesn’t fall far from the tree. 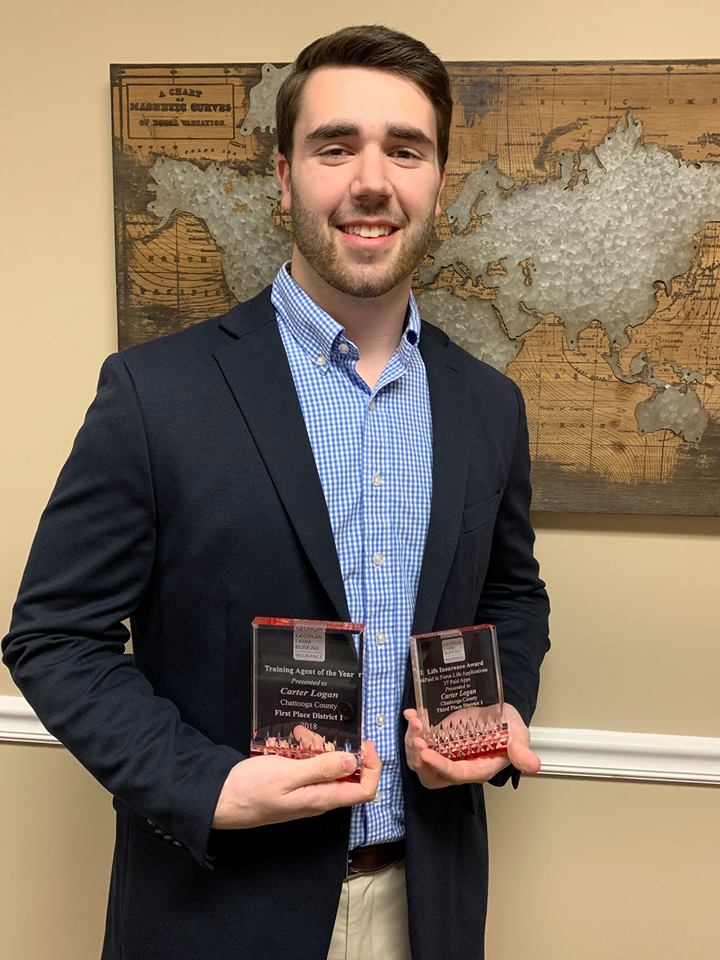 The apple doesn’t fall far from the tree.

This prestigious award is well deserved and a testament to Carter’s desire to serve the needs of the Chattooga County community.

Carter graduated from Trion High School in 2012 and Dalton State College in 2017.  He began working with Georgia Farm Bureau in February of 2018. He and his wife Paige live in Trion.