Bryant and Sons to get help with flooding

When it rains in Summerville, it floods at Bryant and Sons Lumber Company Store, literally. 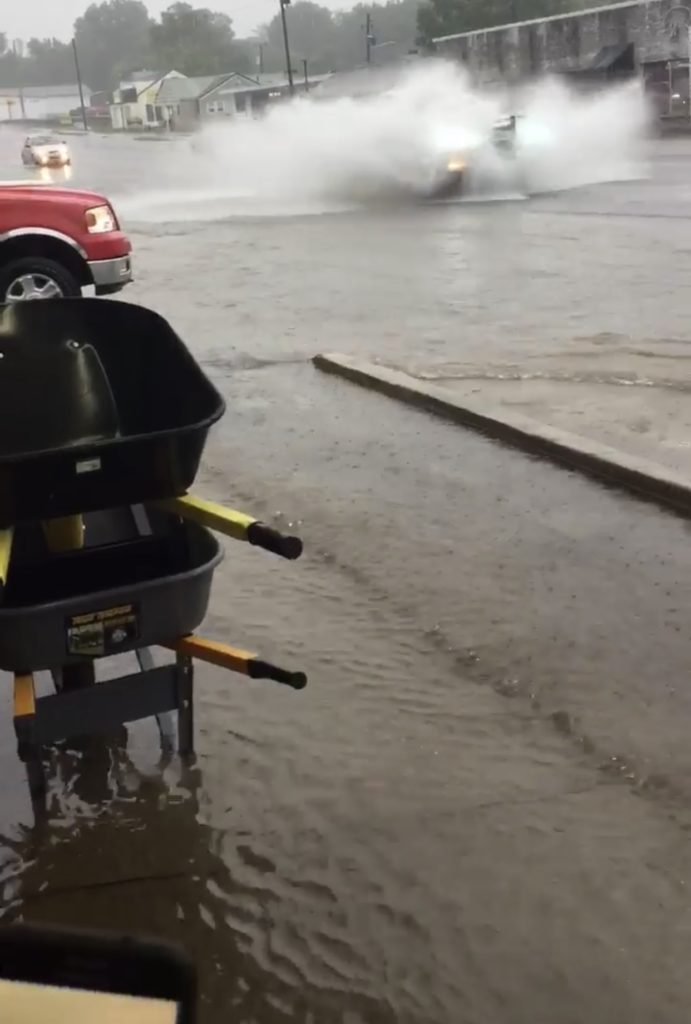 When it rains in Summerville, it floods at Bryant and Sons Lumber Company Store, literally.

For the past several years a local business has been faced with rain water running into the store. According to Alan Bryant for “the last five years or so it has been bad during heavy rains.”

Over the past few decades the Bryant family has worked tirelessly to update the store so that they can better serve the community, along with trying to keep up with the larger chains. As many small businesses have been forced to close their doors in Summerville with the introduction of large mega stores like Wal-Mart and Marvin’s, Bryant and Sons has remained and thrived.

“Mother Nature has made it nearly impossible to do so since every time it rains, it floods into the store. Floors can’t be updated, things can’t be set on the floor at all in fear of the water ruining them. Not only does the store flood, but it’s a severe safety hazard to the staff and customers coming in and out of the store since the water coming up from the cars blocks their view and could cause a wreck,” Hunter Bryant said.

Alan Bryant posted a video after the last heavy rain capturing the severity of the issue.

The owners of Bryant and Sons have reached out to local officials, but couldn’t get the flooding issue resolved because Highway 27 is a state highway, so help would come from the GDOT. Sunday evening Alan sent the video he had taken of the rain water rushing into to the store and backing up in the roadway to State Representative Eddie Lumsden.

Lumsden told AllOnGeorgia he contacted District Engineer Grant Waldrop with DOT. “Grant sent out an inspection team and they reported that the state drains are open, unobstructed and adequate for moving the water. According to him the water leaves the DOT system and moves on to the Railroad drainage system. The backup is due to debris and blockages on the Railroad drainage. He is contacting his counterpart with the Railroad to get them to address it.” Lumsden said he will follow up in a few weeks to see that it is cleared.

Alan Bryant said he appreciated Representative Lumsden’s promptness with the matter and was hopeful there would be some resolution soon.