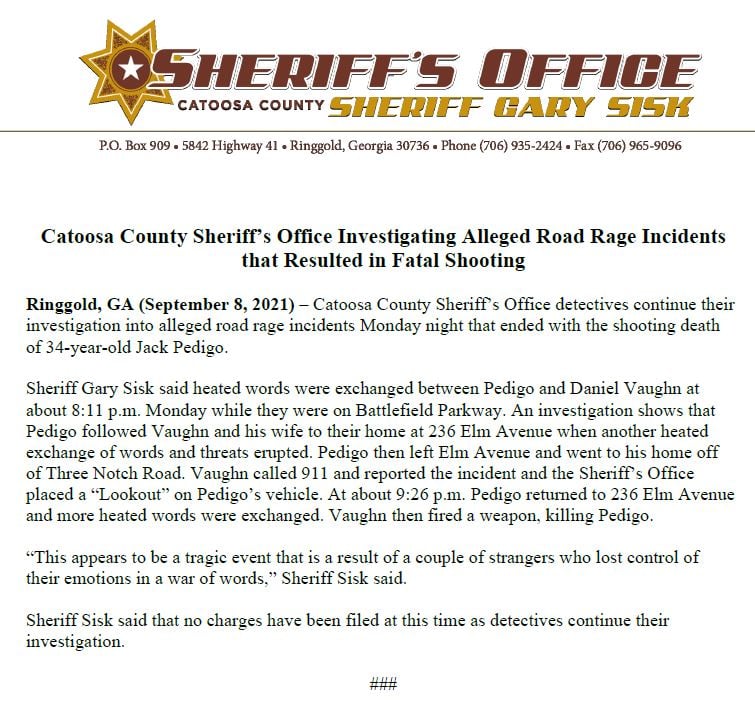 Sheriff Gary Sisk said heated words were exchanged between Pedigo and Daniel Vaughn at about 8:11 p.m. Monday while they were on Battlefield Parkway. An investigation shows that Pedigo followed Vaughn and his wife to their home at 236 Elm Ave. when another heated exchange of words and threats erupted.

Pedigo then left Elm Avenue and went to his home off of Three Notch Road. Vaughn called 911 and reported the incident and the Sheriff’s Office placed a “lookout” on Pedigo’s vehicle. At about 9:26 p.m.

Sheriff Sisk said, “This appears to be a tragic event that is a result of a couple of strangers who lost control of their emotions in a war of words.” He said that no charges have been filed at this time as detectives continue their investigation.