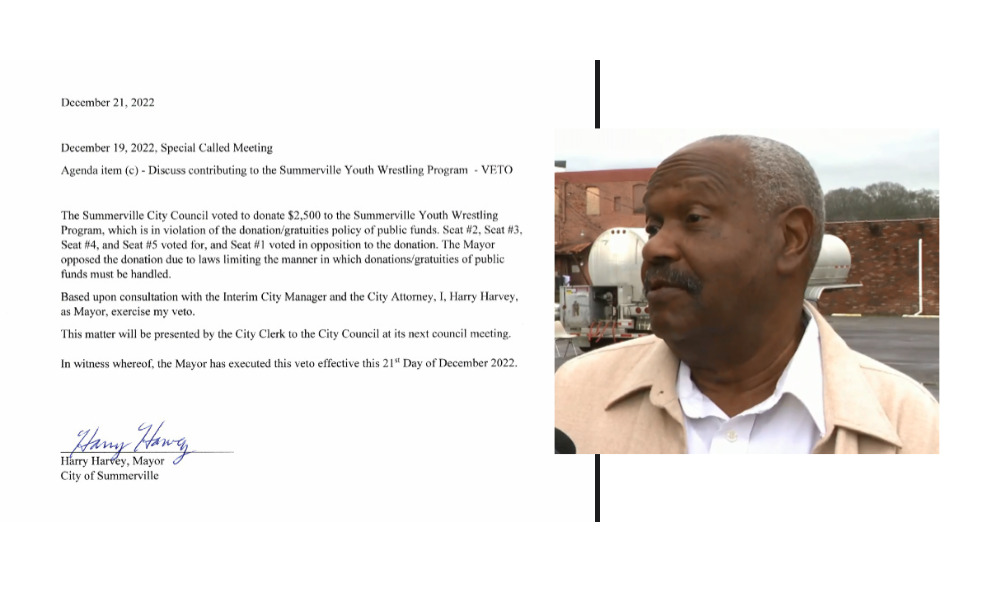 Discussion was held between Council Members, Mayor, City Attorney, Interim City Manager, and supporters of the wrestling program. Council Member Rickey Hughes made a motion to approve a donation of $2,500 to the Summerville Youth Wrestling Program, and Council Member Joe Money, Jr. seconded the motion. The motion passed 4 to 1, with Council Member David Ford voting in opposition.

Based upon consultation with the Interim City Manager and the City Attorney, I, Harry Harvey, as Mayor, exercise my veto.

This matter will be presented by the City Clerk to the City Council at its next council meeting.

In witness whereof, the Mayor has executed this veto effective this 21st Day of December 2022.

Mayor Harry Harvey says that now contributing funds to the youth wrestling program is in violation of the donation/gratuities policy of public funds.

While Councilman David Ford did vote against the funding, he told AllOnGeorgia he supports the Youth Wrestling Program and donated $500 of his personal money to the organization.