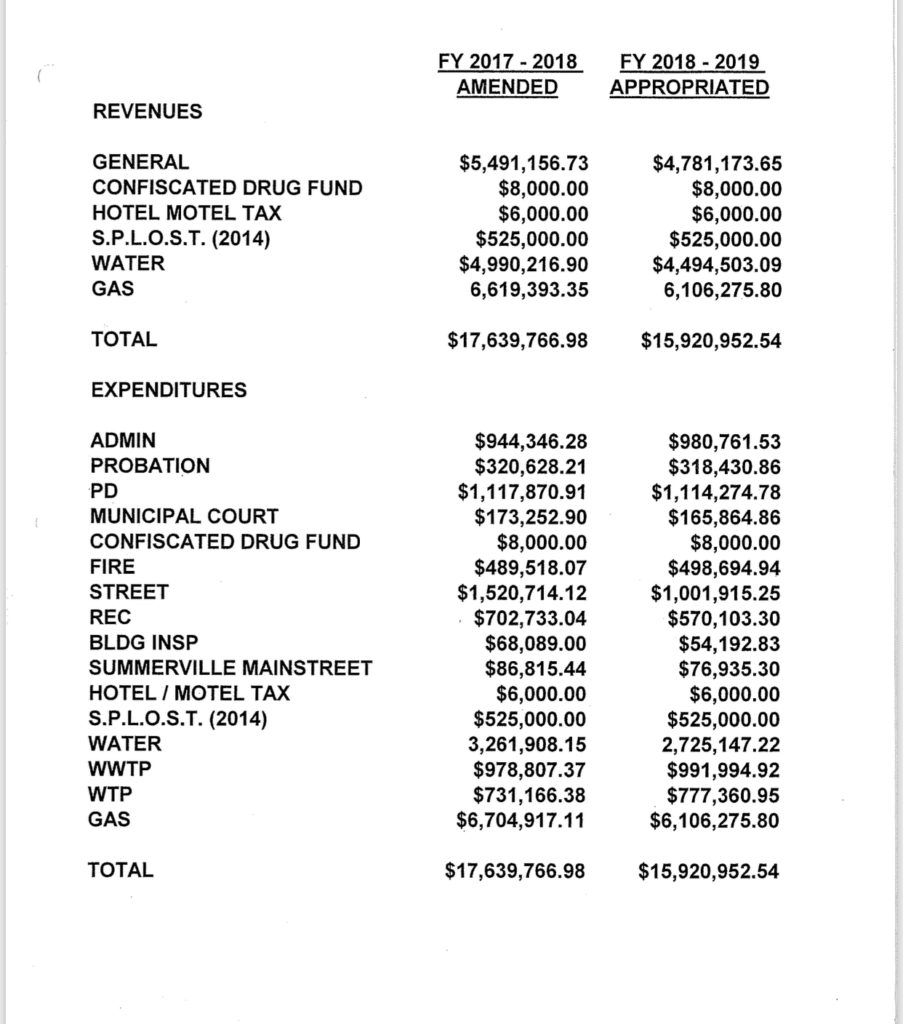 In accordance with the law and the City’s Charter the proposed budget was open for inspection by the public at Summerville’s City Hall, a public hearing and a first reading of the budget was held June 11, 2018.