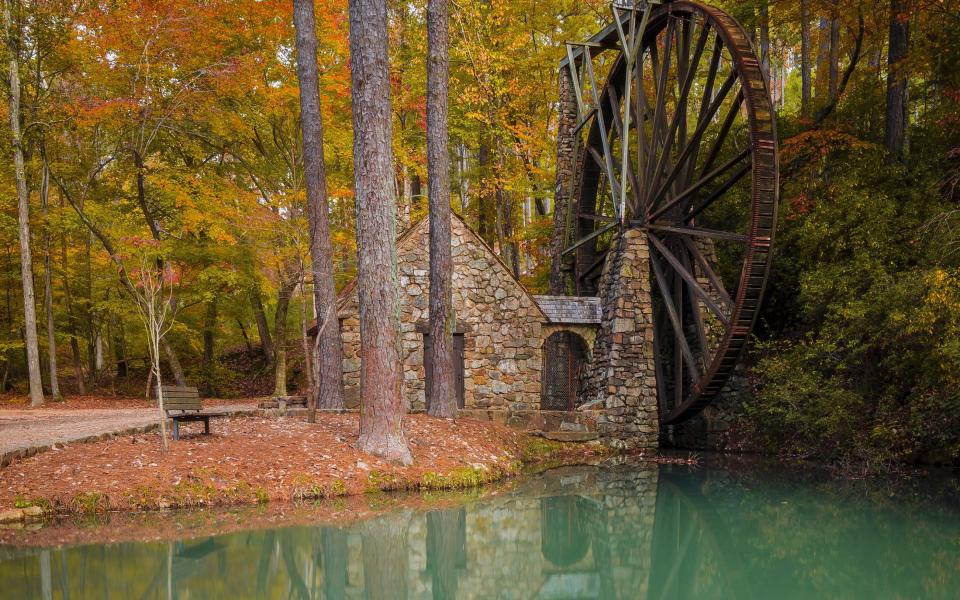 Floyd County is home to many, but it’s also the place that I call home. I’m excited to announce this week for the “Get to Know Northwest Georgia” series, we’re highlighting Floyd County!

“The Beautiful Clocktower in the Spring.”

“From My Balcony, Sunset From Turnbull Hill in Old East Room After a Storm Last Summer.”

“Constructed in 1930, the Old Mill boasts an iron hub which had originally been of service at Hermitage, an early manufacturing community near the Shannon village between Rome and Calhoun, Georgia, and was a gift to Berry from The Republic Mining (bauxite) and Manufacturing Company. The wooden overshot waterwheel, considered one of the largest in the world at 42 feet in diameter, was constructed by student workers. For many years, the mill was operated by Mr. Green Berry Goodson, a white-bearded miller who ground Berry-grown corn into meal and grits. Water is piped directly from Berry’s reservoir lake to the wheel. Once primed, the force of gravity is strong enough to push the water up the stone column and over the wheel, causing it to turn.”

Get to Know Floyd County