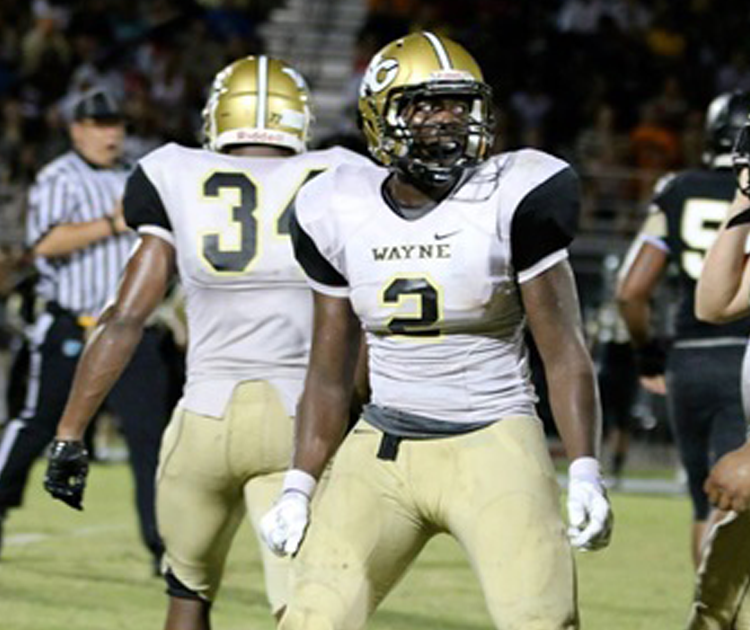 The Wayne County Yellow Jackets powered past Long County Friday night, winning 49-0 on the road in their first game of the 2018 season.

The Jackets, who are ranked No. 1 in the Southeast Georgia High School Football Power Poll, raced out to a 34-0 lead in the first half, and the second half was played with a running clock.

The Wayne defense, while pitching a shutout, allowed the Blue Tide only three first downs in the game.

MJ Fuller scored on a pair of short runs for the Jackets.

Shamar Taylor tossed a 38-yard scoring strike to Trevon Wallace on the final play of the second period to close out Wayne’s first-half onslaught.

Also, Kenontay Nix returned a punt 55 yards for a touchdown.

The Jackets will be at home next week in Jesup against Richmond Hill which was off this week after winning its opener at Grovetown last Friday.

In other games around Southeast Georgia, the results looked like this:

The Wildcats led only briefly Friday night as they fell to Wren in a game played at Mercer University in Macon.

The Hurricanes were playing their first game while Camden opened its season last week with a 27-20 home victory over West Forsyth.

After Camden took a 7-6 lead in the opening quarter, the Canes reeled off 19 straight points to close the opening half, thus taking a 25-7 lead into halftime.

Camden did score in the third quarter to pull within 25-14, but Wren kept the Wildcats from scoring the rest of the way for the neutral-site win.

Playing before the home folks, the Bears rolled to a shutout-victory over their opposition from Alma.

In blanking the visitors, the Pierce defense gave up just 27 yards in the first half. Through two games, the Bears varsity defense has only given up 65 total net yards.

The Bears got a big game from Dee Bethea who who ran for 129 yards on just five carries. He raced 95 yards for the team’s third touchdown.

He threw a scoring strike to Parker Peagler early in the game.

John Jones added scoring runs of 15 and 4 yards for the Bears who got a late touchdown run of 5 yards by L.J. Newton to close the scoring.

In Waynesboro, Castellanous was Ware’s leading rusher, and he scored on a 34-yard run with two minutes to go before the Gators tied the score at 17-17.

The freshman quarterback then answered a Burke touchdown in overtime with a 1-yard run, and with the Gators electing to go for two points, he passed for the conversion and the victory.

Burke lost last week to Benedictine when it went for two, but the Bears’ conversion attempt failed and they fell 23-22 to the Cadets.

The Bears, who are ranked eighth in Class 4A, led 17-10 after three quarters.

The Panthers won the rivalry game at Olvey Field in Hinesville going away to take home the Commissioner’s Cup.

The star of the show for the Panthers was senior running back Kris Coleman who ran for 342 yards and five touchdowns on 22 carries, setting team single-game records for rushing yards and touchdowns.

Kevin Harris carried for 80 yards and a touchdown on 19 attempts for Bradwell.

Liberty, third in the power poll, was playing for the first time this season while the Tigers have now lost their first two games of the season.

The Tigers defeated the Panthers in last year’s rivalry matchup, but Liberty has now won six of the last seven meetings.

The Indians moved to 2-0 on the young season with a convincing victory over Brantley.

Rick Tomberlin lost his first game as head coach at his alma mater.

The veteran coach came out of a second retirement in the offseason for the chance to coach the Pirates.

The Indians returned a block punt for a touchdown to make for the 21-0 tally after the first 12 minutes.

Matthew Nails had two rushing touchdowns for the Pirates.