HS Football Preview: Herons, Bucs both looking for first win when they face off 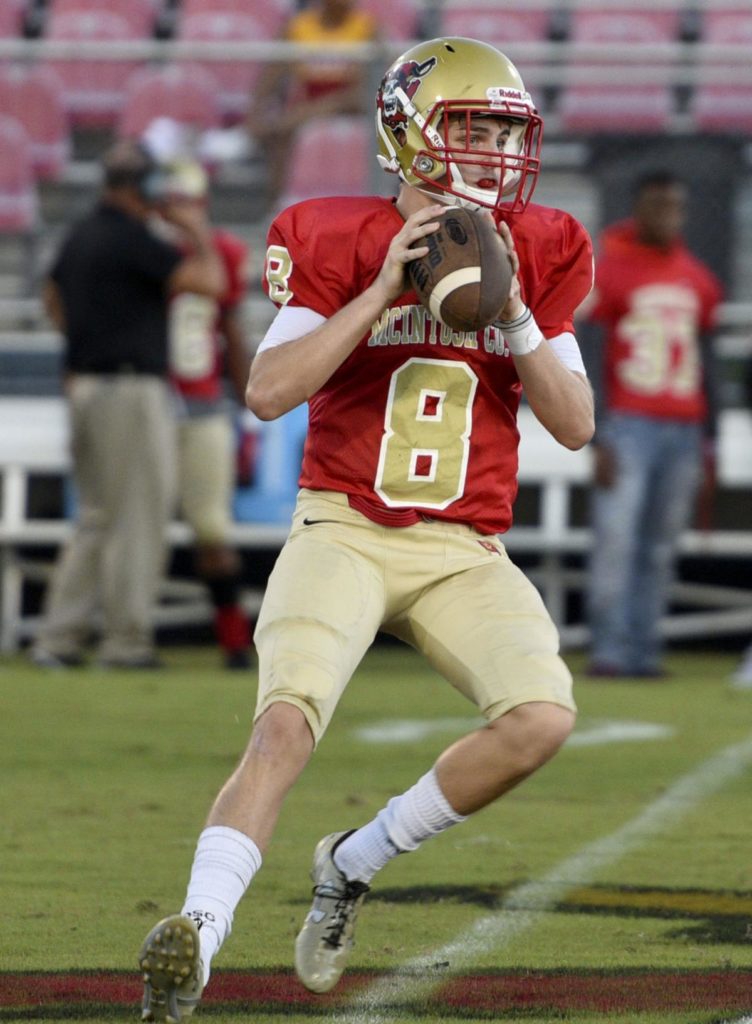 The Brantley County and McIntosh County Academy football teams are set to square off Friday in a game in which one side will get its first victory of the season.

The Herons and the Buccaneers enter their non-region skirmish in Nahunta with a combined 0-8 record on the season. Actually, both teams are 0-4 on the year.

MCA, which is coming off a 52-21 loss this past Saturday at Calvary Day in its Region 3-A opener, is playing on the road for the second straight week after opening the season with straight home games.

Brantley is actually playing at home for the first time this season after starting out with four consecutive road games. The Herons lost 19-6 last week at Berrien, giving up the fewest points they have thus season while also scoring their second-lowest total for the season. They were shut out 43-0 by Charlton County in their opening game.

The Gators will go into hostile territory Friday night to play arguably one of the best teams in the state’s largest classification.

The Vikings are 5-1 for the season and ranked 10th in Class 7A. Their only loss was a 39-27 loss at Parkview which is currently 4-0 and ranked third in the state. When the teams played on Aug. 31, Lowndes was ranked fifth and the Panthers were ranked seventh.

Lowndes is coming off a 71-35 win at rival Valdosta last week. The 71 points were the most ever given up by a Valdosta team. The Vikings finished the game with 774 yards of offense on 54 plays.

Ware, ranked fourth in the Southeast Georgia High School Football Power Poll, is coming off a 26-6 home win last week over Glynn Academy. The Gators ended a four-game losing streak to Glynn with the victory.

The Gators held a banged up Glynn offense to just 69 total yards for the night.

In one of the most attractive small-school matchups in the state, the Indians will travel to face Irwin County Friday evening in a key Region 2-A game.

Irwin is the top-ranked team in the state’s Class A public school division. These Indians are 5-0 and already have a victory over region rival Clinch County as Irwin won that heavyweight tilt 21-3 in Homerville two weeks ago.

Irwin was the No. 2 team in the state poll at that time while Clinch, as the defending state champion, was ranked No. 1. The Indians won their second league game last week over Telfair County by a 54-0 tally.

Charlton is currently ranked fifth in the state poll, and the Indians are also currently fifth in the Southeast Georgia power rankings. They are 4-1 overall and also 2-0 in the region. Last week, Charlton toppled Turner County, which was ranked eighth in the state, by a 35-7 count. Turner did not score until the fourth quarter.

Irwin leads the all-time series 20-19 and has won the last two meetings.

Wayne and Bradwell will meet each other in their final non-region games of the season.

Wayne is a perfect 5-0 on the season, and the Yellow Jackets remain the top-ranked team in the power rankings.

Last week, the Jackets were led by quarterback Shamar Taylor who steered the team to a win over rival Appling County by throwing for 336 yards and three touchdowns. He was named the Southeast Georgia High School Football Player of the Week by AllOnGeorgia on Tuesday.

Bradwell (2-3) has won each of its last two games after starting out with three straight losses to begin the 2018 campaign.

The Tigers defeated Tattnall County 42-8 two weeks ago before knocking off Long County 34-0 last week. They lost to Dodge County, rival Liberty County and Valdosta in their first three games.

The Jackets and Tigers have not played since 2009 when Bradwell won 21-6 in Jesup.

The Panthers will kick off their Region 2-3A schedule on the road Friday night against the Battle Creek Warriors.

Liberty is 3-1 for the season and is ranked sixth this week in the AOG area power rankings.

The Panthers average 279 yards rushing per game, and senior feature running back Kris Coleman has already rushed for 914 yards and 10 touchdowns in five games.

Tattnall is 0-4 on the season.

Appling and Long will also clash in the Region 2-3A opener for both teams on Friday night.

The Pirates are 2-3 for the season after last week’s loss to Wayne County.

Long (0-5) is still looking for its first win after going without one in the non-region portion of its schedule.

The Wildcats will venture into the Palmetto State for their final non-league game of the season.

Richmond Hill (1-3) has lost its last three games since winning at Grovetown in its season opener. The Wildcats’ losses were to Wayne County, Camden County and Liberty County. All three teams are ranked in the Southeast Georgia power rankings.

The Wildcats’ game on Sept. 14 against New Hampstead was cancelled due to weather concerns related to Hurricane Florence that week.

Bluffton is 2-3 for the season.

This will be the first-ever meeting between the teams.

Coming Friday: Previews of the Brunswick High and Frederica Academy games and also an advance look at the Glynn Academy-Camden County matchup on Friday night.