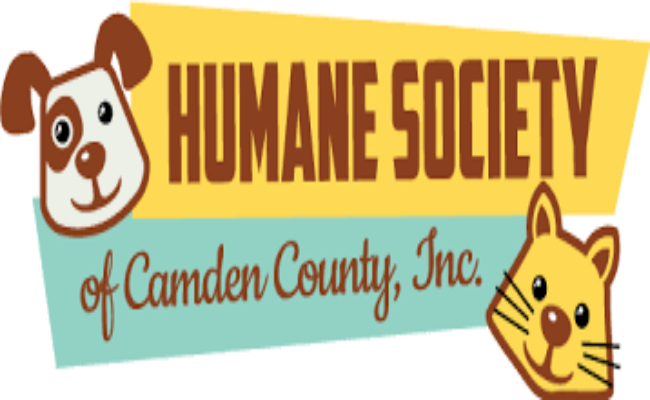 On Thursday, May 24th, though a Facebook post in a closed group, Ashley Rhoades called to action a plea of help for the dogs and cats within the Camden County Humane Society. Both sides took to the feed, expressing concern for the animals. Not a quick discussion, the debate gained numerous sub-discussions, eventually ending up with 938 shares by this morning (5/28/2018). Discussions were still taking place at the time of this article’s publishing.

Highlighted with disturbing pictures of sick puppies on a vomit-covered floor, claims of neglect were strongly stated by Ms. Rhoades.

The original plea for help was posted Thursday evening around 5:00 p.m. and was shared to First Coast News’ Facebook page. On Friday, they sent Ken Amaro to do a segment, “On Your Side” . The video listed the claims as unfounded, after a tour and visit with current manager, Danielle. It also was shared in the video that Ms. Rhoades had been fired a day or two before her posts, and police had to be called to remove her from the premises.

The video also states that calls to Ms. Rhoades went unanswered. Requests sent from this reporter were also unanswered. Through a phone call to the shelter’s manager, Danielle, she had ‘no comment’ for the accusations from the previous employee.

After defending herself for a bit, Ms. Rhoades took a break from the argument. She continues to call for improvements, and shared pictures of text messages from her phone. The conversations show her intent to help a sick puppy before she was fired.  Ms. Rhoades did start a new post on May 26th, at 11:00 a.m.

“I hope today is the biggest adoption day in history for the Camden Humane Society. In regards to recent media ‘coverage’, if the animals and remaining staff are effected by improvements, then this effort was already a success, she shared, “Thank you for the those that know the truth and still support the mission.Have a great Memorial Day weekend! Adopt! Donate!”

While it is unclear of her reasons for calling out the shelter, many of the voices on the feed leave behind the work drama portion of the feed, and lean toward the more pressing issue: the dogs and cats within the shelter.

Rascal Rescue owner, Deborah Carmel, joined in the conversation to appeal to the public to spay and neuter their cats and dogs. Overpopulation can be contained a bit if each animal owner helps by doing their part. “Only if we had more responsible pet owners that would spay, neuter and keep their pets safe and healthy,” Ms. Carmel explains, “This would keep the population down and just maybe Camden County could have a no-kill community. I dream and pray for this every day.”

Another problem many voiced their opinions about is the deadly parvo disease that reportedly has taken the lives of many puppies in recent months. An employee for about six months, McKenzie Lay has been gone from the shelter for two months, but shared part of her experience with puppies and parvo.

“Yes there needs a lot of improvements a lot of dogs have had to get put down more than I can count they have been having parvo off and on and keep losing dogs to it,” she says, “The drains smell horrible no matter how much cleaner you use. They have lost puppies right and left this year so bad.”

Something else the majority of the feed seemed to agree on is more volunteers are needed. The ratio of workers to animals is clearly uneven, and every volunteer can make a difference in the lives of the dogs and cats awaiting adoption. Volunteer options within the shelter include walking the dogs outside, being a ‘cat cuddler’ to help relieve their stress, be a greeter and help align the right dog with the right family or be a playtime coordinator for the dogs.

Youth that 14 years or older can register to be a volunteer. Those under the age of 16 must have a parent with them during their volunteer time.

Jennifer Fiedler Richardson put finger-pointing aside and pointed out the bottom line. “My biggest fear is the animals will be the ones to suffer while this debacle plays out. People need to understand that in the interim, go down there, help, volunteer, donate. It’s puppy and kitten season and it’s already so overwhelming at this time of year,” she shares, “All the while they can see and do for themselves and form their own opinion. I pray we all keep an open mind and the eye on the prize, rescuing, rehabilitating, and finding fur-ever homes for each and every animal that we can.”

What might have been started as a revenge post has been turned into a much-needed conversation about the voiceless animals.  Volunteer, and give the furbabies a voice. Let them feel loved and important; if only for thirty minutes three times a week. Follow Bob Barker’s longtime plea, “Get your pets spayed or neutered”. Donate money to the shelter, or give them old blankets, towels or supply some bags of food. These were all suggestions sewn into the post, which is still going strong today.

As part of fundraising efforts, the shelter recently opened the Retail Store.  An online store, visitors to the website can purchase an item or two and stop by the shelter to pick up purchases. While there, maybe include a dog or cat with your order.

For information about the county’s shelter, or for more details on becoming a volunteer, visit their website here.