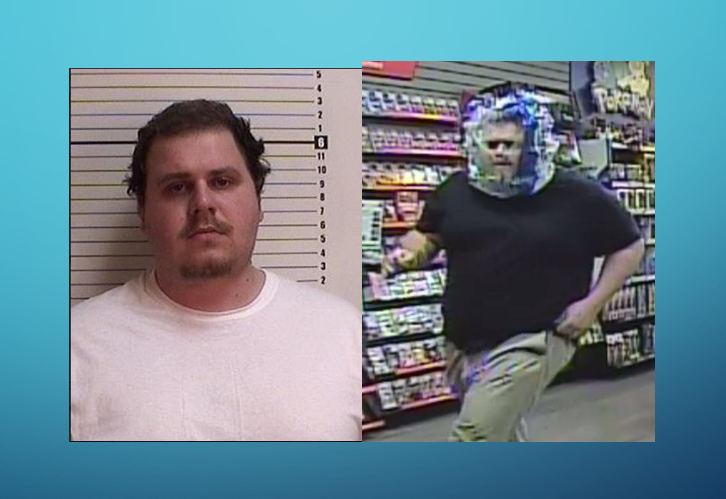 The man who creatively masked his face with a clear plastic bag during a Game Stop burglary has been arrested. We reported earlier that the St Marys Police Department shared a video of a man accused of stealing from Game Stop.

The clear plastic covering of his face did little to disguise him, however, and cops were quickly able to put a name with a face. 22-year old Kerry Hammond Jr. was named in the burglary, and on April 17th, St Marys PD sent out a request for help to locate Hammond. They posted this message on their Facebook page:

The “crafty” thief was located, arrested and booked on two felony charges by Camden County police on April 19th. According to the booking history, Hammond Jr. has been charged with Criminal Damage to Property and Burglary.

Watch the video of the St Marys PD video that lead to the identification and apprehension of Hammond.

****UPDATE**** He's been CAPTURED!DID YOU EVER give any thought to what your disguise was going to be when you decided the life of crime was your bag of water? Well this guy did! And YES he used a plastic bag used to package bottle water. This puts new meaning to the term WaterHead! In all seriousness, this craftily disguised gent, decided to burglarize GameStop here in St. Marys last night. DO YOU KNOW WHO HE IS?You can help us catch him, once you stop laughing. Please give our detectives a call at our office at 912-882-4488, the non-emergency number to 911 at 912-729-1442, Crime Stopper Tip Line and remain anonymous 912-576-0565. We'll be sippin' water while we wait!Please LIKE and SHARE – More Photos and video in the comments

The Facebook page of St Marys PD shared this video, commenting that the suspect was running around inside the store, pointing out that he was a “craftly disguised gent”.