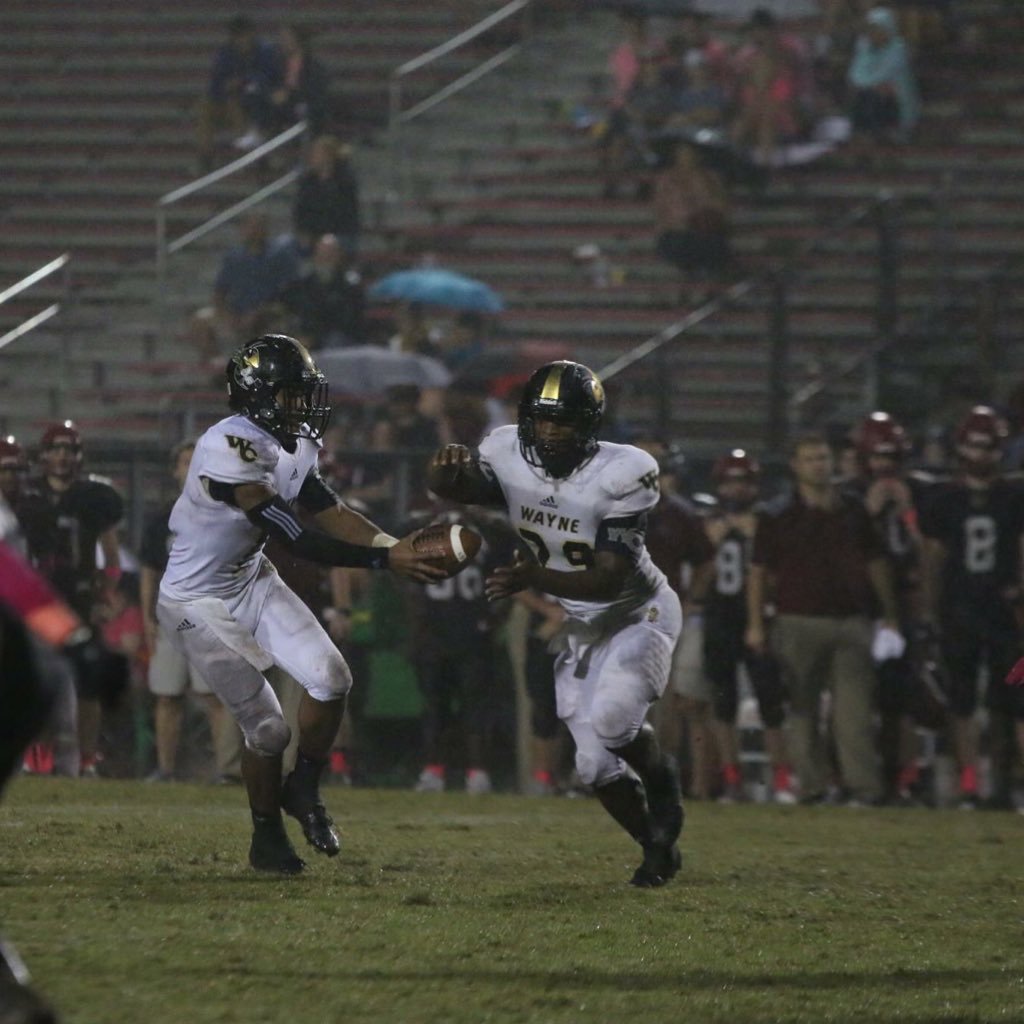 Wayne County and Ware County figured to be playing for the Region 2-5A championship when they met in the season finale.

And now, in the final week of the regular season, here they are set to clash Friday night in Jesup with the region crown definitely hanging in the balance.

With a victory over the Gators, the Yellow Jackets (9-0 overall, 3-0 region) can claim their second straight region title and the league’s top seed for the upcoming state playoffs.

Last season, the Jackets topped the Gators 28-14 in Jesup in the next-to-last game of the season to claim the region title and top seed.

Also for the Jackets, a win Friday night would give them an unbeaten regular season for the first time since 1993.

Ware is ranked seventh in the Class 5A poll while the Jackets are ranked eighth.

Other games around Southeast Georgia on Friday night including the following:

This game is another one that will decide a region championship.

Pierce enters the home game with a perfect 9-0 record which includes a 4-0 mark in Region 2-3A. The Bears are ranked second in the Southeast Georgia power poll.

Liberty is 6-2 overall and 3-1 in the region. The Panthers have won the last two region titles with perfect 5-0 region records.

This year, Liberty can create either a two-team tie atop the final region standings with Pierce should Appling County, which also has just one league loss, drop its final game Friday against Tattnall County.

Or, the Panthers can forge a three-team tie with the Bears and Pirates if Appling were also to win its final game.

Either way, the Panthers would win the region tiebreaker which is total points based on your wins over teams in any classification.

Pierce defeated Appling 27-26 last week in overtime to hand the Pirates their first league loss. Liberty’s only region setback was a 34-0 loss to the Panthers.

The regular-season finale in Kingsland is a game with playoff implications for both teams.

The Blue Devils are 1-1 in Region 1-7A with a victory over Lowndes and a loss to Colquitt County and could lock down a playoff berth with the victory.

However, a Camden win coupled with a Lowndes upset of Colquitt would give the Vikings two league wins along with Colquitt and both Camden and Tift one and Camden would get the region’s third guaranteed slot in the state playoffs.

A Camden win and a Lowndes loss, though, would create a three-way tie between Camden, Lowndes and Tift with all three teams beating each other. Thus, the tiebreaker which is points allowed in region games would have to be used to determine the No. 2 team and the third team would then get in based on the head-to-head outcome with the other remaining team.

A Camden loss would leave the Wildcats in the fourth spot for sure with no league wins.

By state rule, the fourth team in the four-team league is not guaranteed a playoff spot even if it wins a region game. The Class 7A power rankings will determine this team’s playoff fate. If a fifth-place team from another region in the state has a better power ranking, that team would be awarded an at-large playoff berth.

Camden is 6-3 on the year. The Wildcats lost 28-27 last week at Lowndes when they failed on a possible game-winning two-point try after storming back from a 28-7 deficit.

Both teams are guaranteed a playoff spot from Region 2-6A.

Where they will fall in the pecking order will be decided by the result of this game and also the game involving Glynn Academy and Bradwell Institute.

Richmond Hill can finish second in the region with a victory and a Bradwell loss to Glynn.

If Richmond Hill wins and Glynn loses, the Wildcats, Red Terrors and Tigers would all be 3-1 in the region, and a tiebreaker would be used to determine their playoff order.

If Effingham wins and Glynn wins, the Rebels, Tigers, and Wildcats would all have two wins each and a tiebreaker would be needed to determine the second through fourth playoff seeds.

The tiebreaker after head-to-head matchup is points allowed in region games involving the teams that are tied with a maximum of 25 points counting against a team from a given game.

The Indians will look to rebound from last week’s home loss to rival Clinch County with a victory in the season finale at Lanier.

Charlton, 6-3 overall and 4-2 in Region 2-A, can assure itself of a third-place finish in the league with a victory.

Lanier is 0-9 on the season and has not beaten Charlton in eight previous tries.

The Pirates will try to get back on the winning track after falling 27-26 in overtime to Pierce County last week.

The loss eliminated the Pirates (5-4 overall, 3-1 Region 2-3A) from region title contention.

A win Friday and a Pierce win over Liberty County would guarantee the Pirates the No. 2 seed and a home game in the first round of the state playoffs.

Both teams are playing for the final time in 2018 as they close out their seasons in Nahunta.

The winner will get its first win in Region 2-3A while the loser will finish 0-5 in the league.

McIntosh will try to close out its season with back-to-back victories as it plays this Region 3-A crossover game.

The Buccaneers (1-8) won their first game last week at Portal in a Divison A game in the region and are fifth in the division standings.

Johnson County, the former high school of University of Georgia legend Herschel Walker, is the No. 4 team from Division B with a 5-4 overall record and 2-3 region mark.