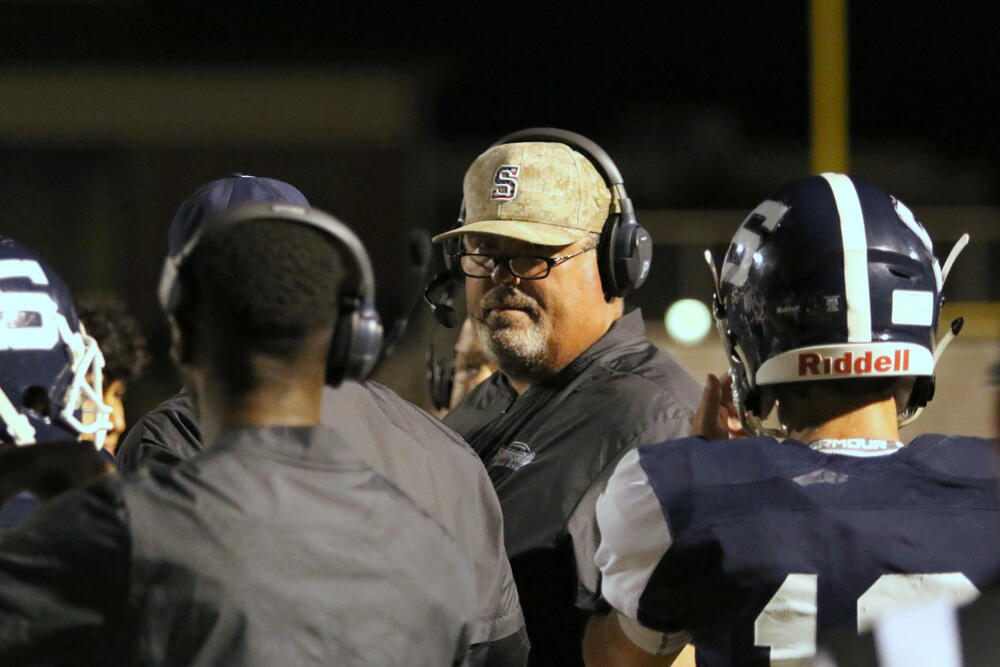 Statesboro High School’s head football Coach Jeff Kaiser announced Friday morning that he is retiring from coaching, effective immediately, but will remain as a physical education teacher at the school. The announcement places a sentimental bookend to his 27-year football career that began at Statesboro High in 1996 as an assistant, and finally as the head coach of his alma mater.

Kaiser, who played for the Georgia Bulldogs from 1991 to 1995, has served as the head football coach for Statesboro since Jan. 2, 2017. In those six seasons Statesboro made the Georgia High School Association’s state football playoffs four times.

“Coach Kaiser has demonstrated consistency in his tenacity to contribute to this community and build the football program at Statesboro High School,” said David Jackson, the school’s athletic director.  “His retirement from coaching will leave a void in athletics. He has been committed to the growth and improvement of all his student-athletes.”

Kaiser is a 1991 graduate of Statesboro High. He was a defensive lineman for the Blue Devils from 1987-1990, where he experienced the team’s 1989 region 2-AAA title win and two quarterfinal playoff appearances in 1989 and 1990. He later went on to play for the University of Georgia, where he was named to the All-SEC Freshman team in 1991.

After college Kaiser served as an assistant coach at Statesboro in 1996. He then served as a coach at Gainesville High School from 1997 to 1999, West Laurens High School from 1999 to 2000,and he returned to Statesboro for three seasons from 2001 to 2003. He then served Perry High School for two seasons before taking his first head coaching job at Tattnall County in 2006. He served Tattnall for 11 seasons and became the program’s winningest coach with a 62-55 record, before returning to lead Statesboro’s football program in 2017.

“We would like to thank Coach Kaiser for his hard work, dedication, and commitment to moving our program forward,” said Statesboro High School Principal Keith Wright. “He has been an excellent leader and mentor for all of our students on and off the field. Statesboro High School will begin our search for a new head coach in the upcoming days in order to continue moving our program forward.”