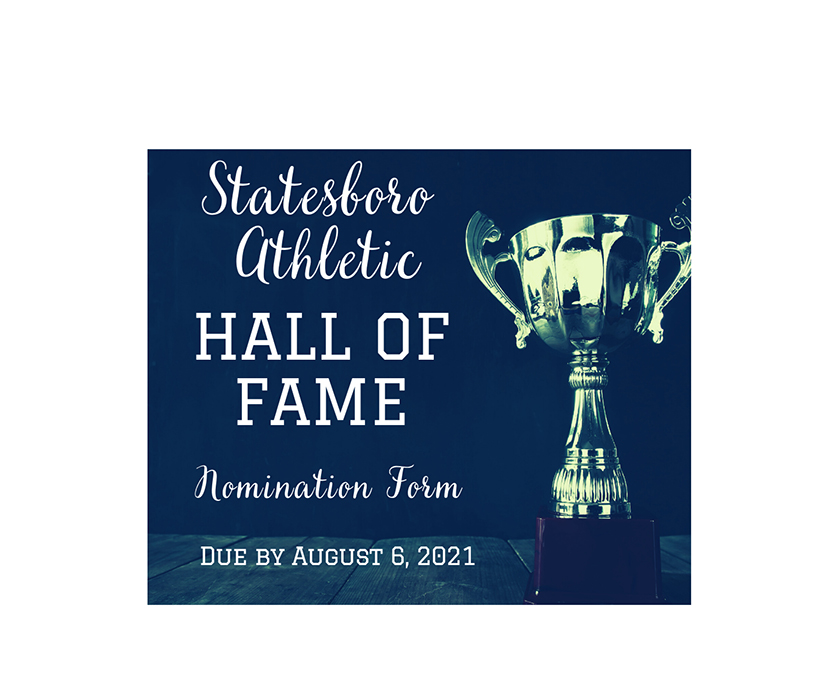 Statesboro High School recently announced that the nomination process has begun for the Statesboro Athletic Hall of Fame.

See nomination form, including directions, below.