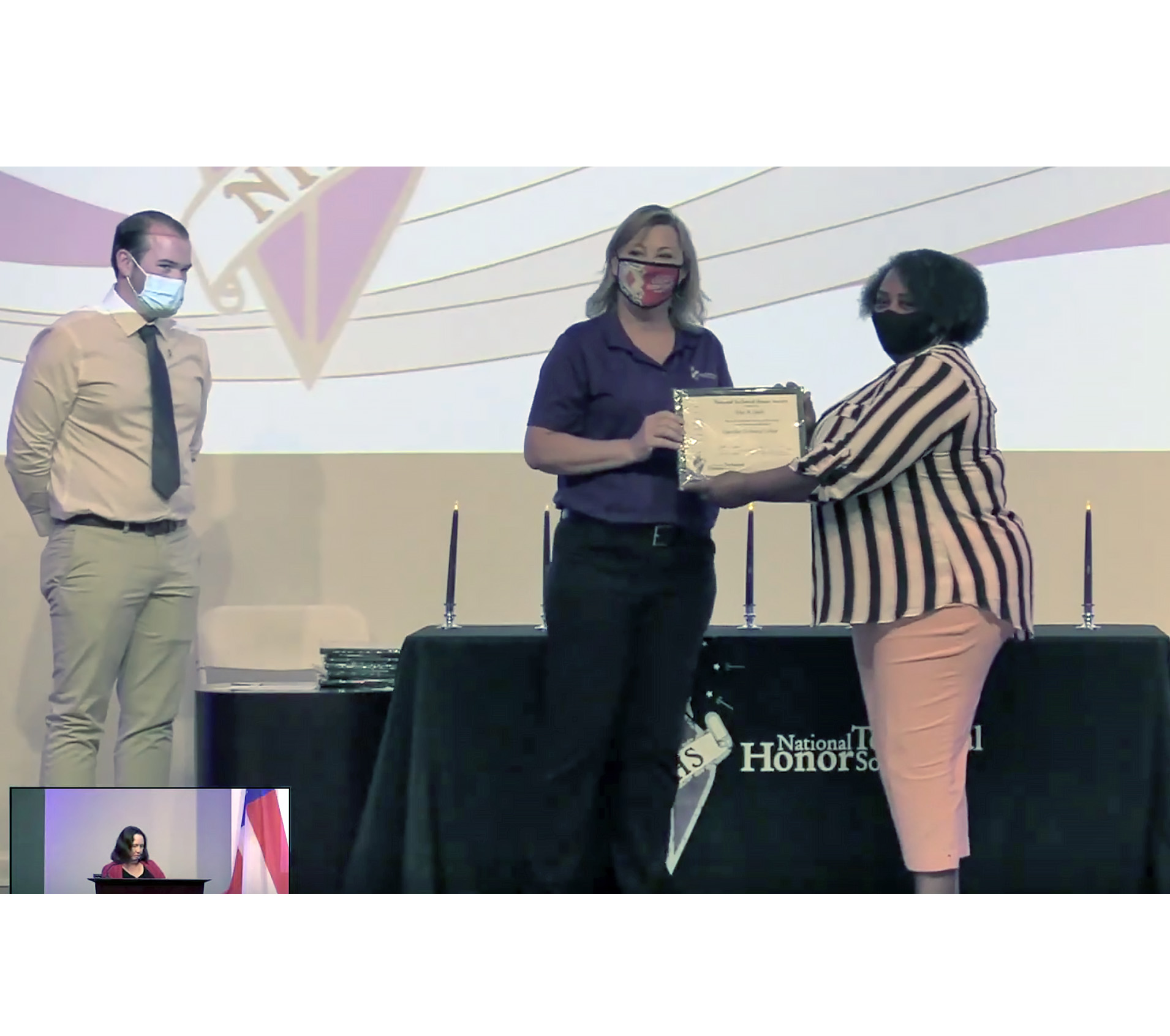 Twenty-nine new members who achieved and maintained at least a 3.5 grade point average, and who received recommendations from their instructors, were inducted into the organization and received their official NTHS portfolios.

Club advisor, Paula Clifton introduced the new officers and began the candle ceremony to symbolize the seven attributes of the NTHS: skill, responsibility, honesty, scholarship, leadership, service, and citizenship. The candle ceremony was followed by the pinning of the new inductees by Clifton and club president, Debbie Hodges.

“This past school year, the members of our chapter rallied the community to put together extraordinary efforts,” said Clifton. “I’m excited about our new group of inductees, they have the fire that drives them to give their time, knowledge, and energy to those who need help the most.”

To date, NTHS has awarded over 2 million dollars in scholarships through its own Jon H. Poteat scholarship, through partnered career tech student organizations, and through an incredibly generous alumni association.