Brooklet Elementary is a Title I Distinguished School for 2021-2022

Brooklet Elementary School is one of 71 Title I Distinguished Schools for the 2021-2022 school year. 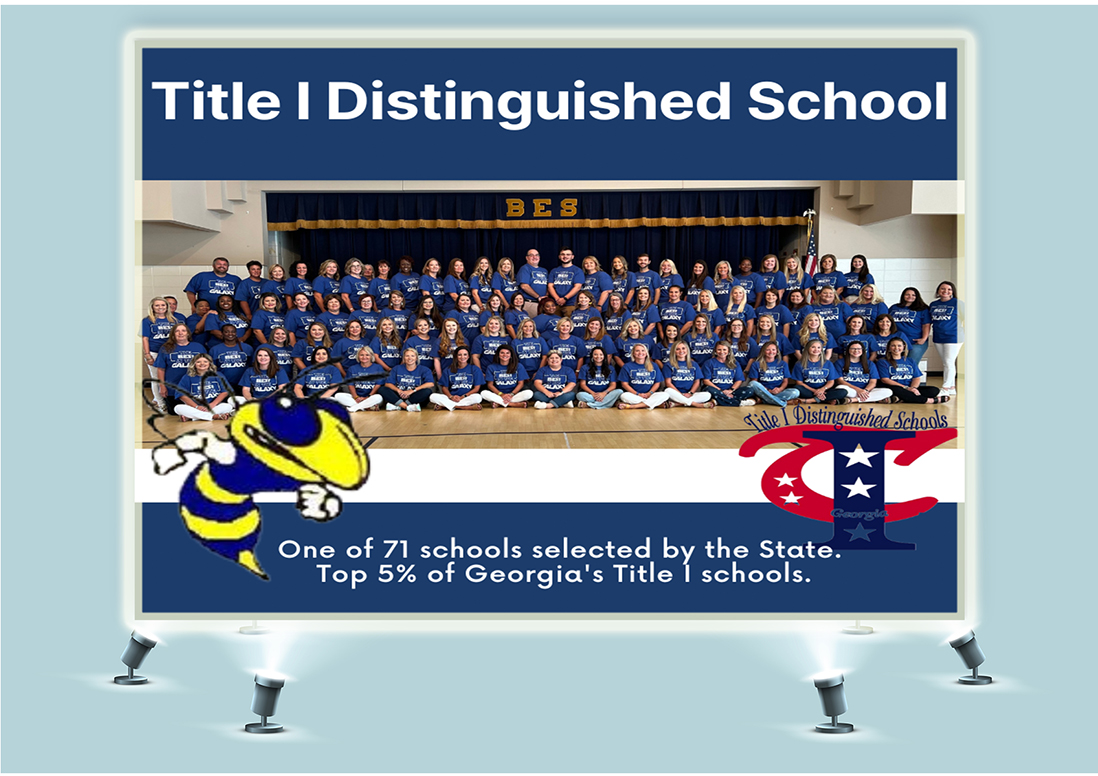 The Georgia Department of Education has released its 2021-2022 list of Title I Distinguished Schools – a designation that recognizes the highest-performing Title I schools in Georgia. Brooklet Elementary School is one of seventy-one schools across the state that earned the recognition this year.

The state released limited CCRPI data earlier this month. Full CCRPI reports are not available for 2021 due to data limitations resulting from the pandemic and an associated federal waiver. Content Mastery data was available since students took the Georgia Milestone assessments.

The Bulloch County School System had 13 Title I schools in the 2021-2022 school year, which included all of its elementary and middle schools and Portal Middle High School. Schools must be Title I to be eligible for the Distinguished School designation and must not currently be identified for the state’s list of Comprehensive Support & Improvement or Targeted Support & Improvement  schools.

Through Title I, money is given to school districts around the country based on the number of low-income families in each district. Each district uses its Title I money for extra educational services for children most in need of educational help. The focus of the Title I program is on helping all students meet the same high standards and expectations.