Board of Education Honors REACH Scholars 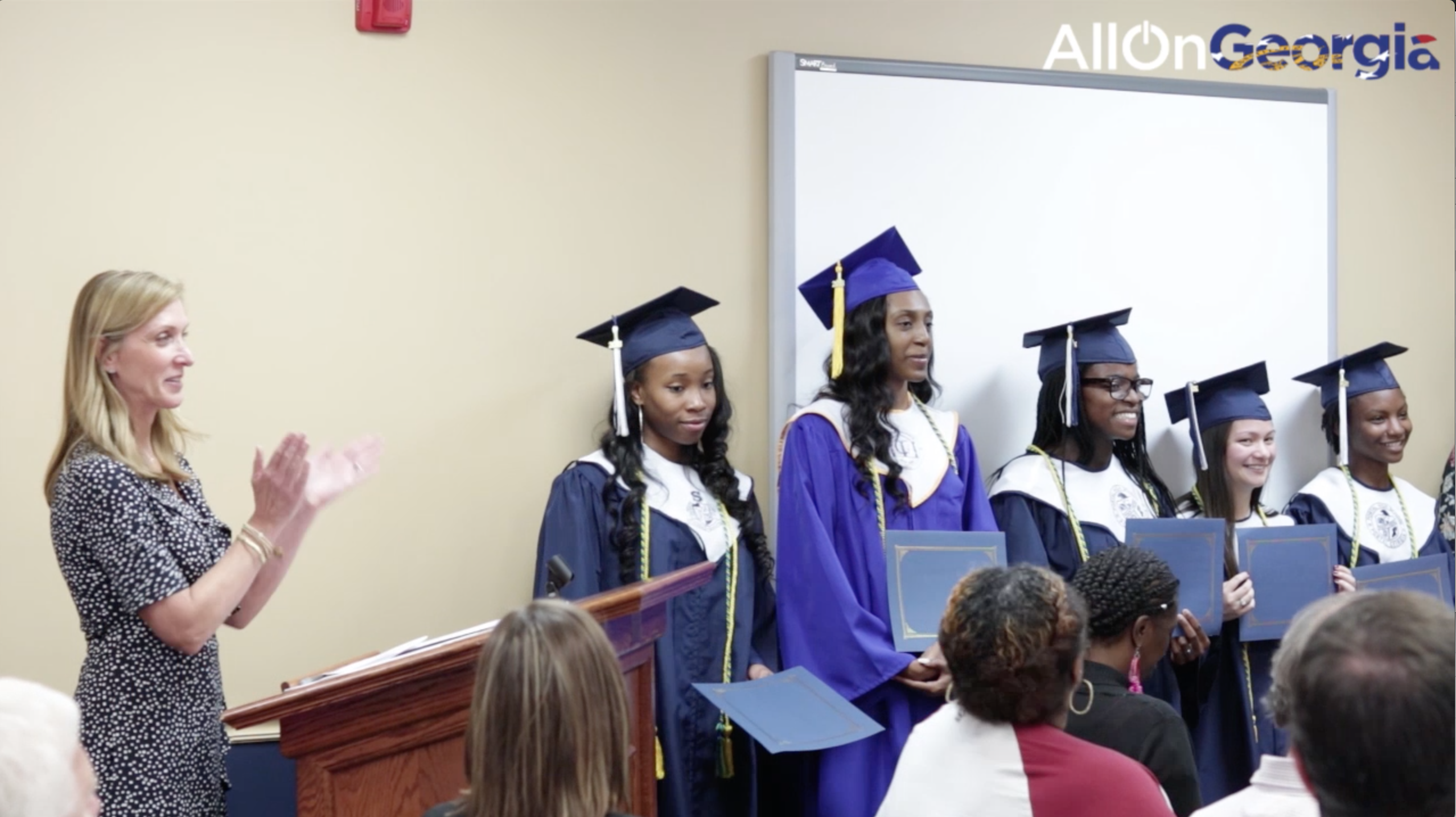 The Bulloch County Board of Education honored its first graduating cohort of REACH scholars, at its regular board meeting on Thursday. A Reception featuring the Statesboro High School Blue Steeldrums band was also held prior to the meeting for the REACH Scholars.

The Reach Scholar program participants are selected on basis of financial needs, and academic potential. This cohort was selected in 2013 as 7th graders. They were required to adhere to a strict set of academic, disciplinary, attendance and  mentoring requirements. Bulloch County is one of 5 School Systems in the pilot program launched in 2013.

According to a release from Bulloch County Schools the REACH Georgia Scholar program is “REACH Georgia is a needs-based mentoring and scholarship program designed to ensure that the state’s academically promising students have the academic, social, and financial support needed to graduate from high school and complete college.”.

Scholars were presented with Graduation Regalia at last nights board meeting.

you can watch the recognition ceremony below:

You can watch the meeting in its entirety here:

Live at 6:30pm Bulloch County Board of Education meeting