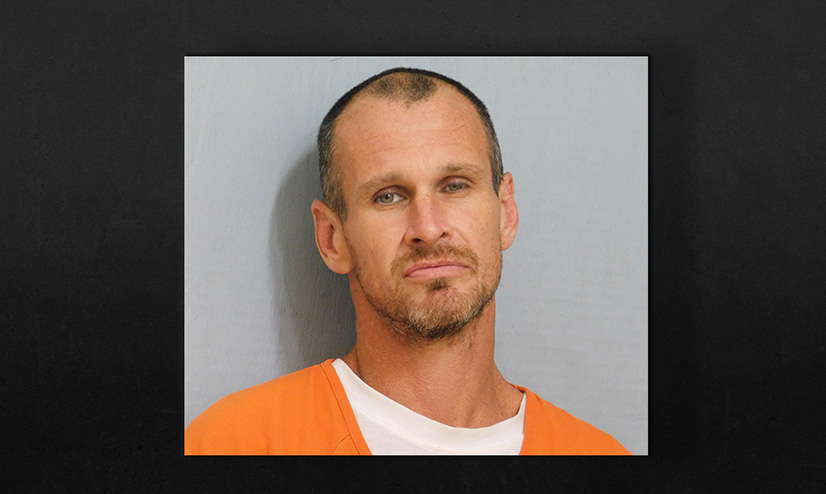 Ralph Futch, a man wanted in Screven County, was located in Clito on Thursday near the Dollar General and arrested.

Wanted on several felony warrants for burglary and possession of methamphetamine, Futch fled from Screven County Sheriff’s deputies on Wednesday. On Thursday, SCSO advised that he was possibly in Clito near the Dollar General. Bulloch County Sheriff’s Office Sgt Doug Harrell requested assistance with a drone for aerial surveillance. BCSO Investigator Will Sims responded with a drone and located Futch. He was arrested without incident.

Ralph Futch was taken into custody on November 17 in Bulloch County by Screven and Bulloch County law enforcement. Futch fled from law enforcement in Screven County on the previous day off of Statesboro Highway. Futch was wanted on several felony warrants for burglary and possession of methamphetamine at the time he fled.
Sheriff Kile would like to thank the following agencies for their assistance in tracking and locating this wanted person; Sylvania Police Department, Georgia DNR, Georgia State Patrol, and Bulloch County Sheriff’s Office.

On November 17th the Screven County Sheriff’s Office advised that a subject wanted out of their county, RALPH FUTCH, was possibly located near the Dollar General Store in the Clito area. Sgt. Doug Harrell, who was aware FUTCH had previously fled from S.C.S.O. Deputies, requested the assistance of a drone for aerial surveillance of the area where FUTCH was located. Investigator Will Sims responded with a drone and was able to locate FUTCH behind a mobile home next to the Dollar General. Multiple deputies were able to respond to the area and quickly apprehend FUTCH without incident. Sheriff Brown expressed his appreciation for the quick location and apprehension of FUTCH.