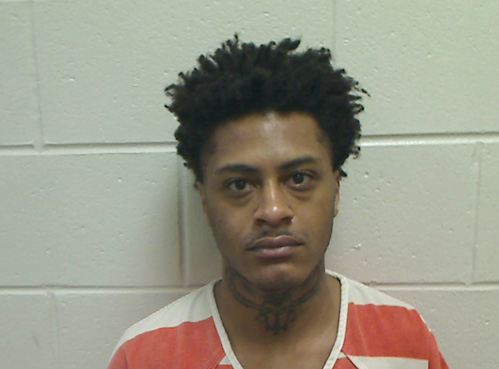 A Bulloch County deputy has arrested a prowler suspect for peeping in a couple’s bedroom window on Clito Road in Statesboro. The suspect was located in the woods near the residence.

Early in the morning on May 26th a couple living on Clito Road was awaken by a stranger prowling around on their back porch. The offender, after being confronted by the homeowner who was armed, fled into the woods. Deputy Ken Kelley soon arrived on the scene and was able to track the suspect down in the woods near the complainant’s home. After detaining the suspect and completing his initial investigation Deputy Kelley found there to be substantial evidence that the suspect, identified as Deandre Trowel-Mosteller, had been looking into the victims’ bedroom. Kelley also learned that he was on active parole. Kelley arrested the offender and charged him with Peeping Tom along with several misdemeanors.

Sheriff Brown would like to commend Deputy Ken Kelley on his quick actions in locating this criminal before he was able to commit a more serious offense which may have had tragic consequences. Brown further complimented Kelley on the professional and thorough investigation he conducted at the incident location.

Sheriff Brown also said this incident demonstrates why all citizens should have the right to legally possess firearms. He would like to once again express his commitment to always defending that right in Bulloch County. 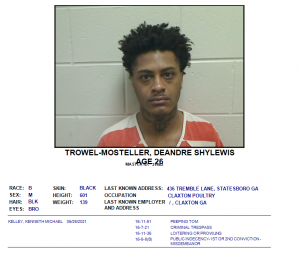