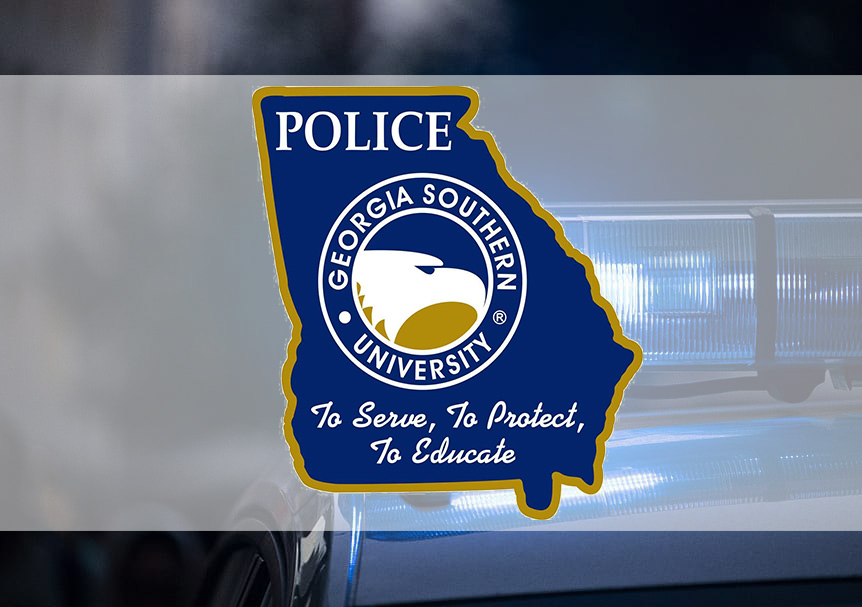 Georgia Southern University Police arrested three people for an armed robbery that occurred around 8:00 pm on October 1. Two are juveniles. 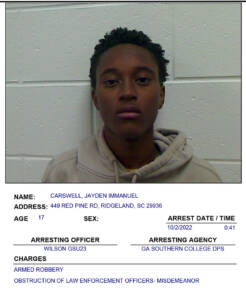 According to the victim, three males approached him near the Southern Courtyard residence hall, brandished a firearm and demanded his wallet, phone and watch. The three suspects then ran in the direction of what used to be University Villas.

Officers quickly responded to the area and were able to apprehend one suspect near Chandler Road. Later that evening, officers arrested a second suspect near University Pointe Apartments. Officers also found a firearm used during the robbery.

Monday afternoon, Georgia Southern Investigator Trevor Williams identified the third suspect and a warrant was issued for his arrest. He was located and subsequently arrested. All three suspects are now in custody and charged with the crimes listed below. None are GSU students. Other charges may be pending:

“We would like to thank the Statesboro Police Department for their assistance with this incident,” said University Police Chief Laura McCullough. “I want to reiterate that while we have evaluated the crime statistics and we are not seeing any irregular patterns this year, any incident involving a gun will draw a swift and strong response. We need our students’ partnership in our ongoing crime prevention efforts.”