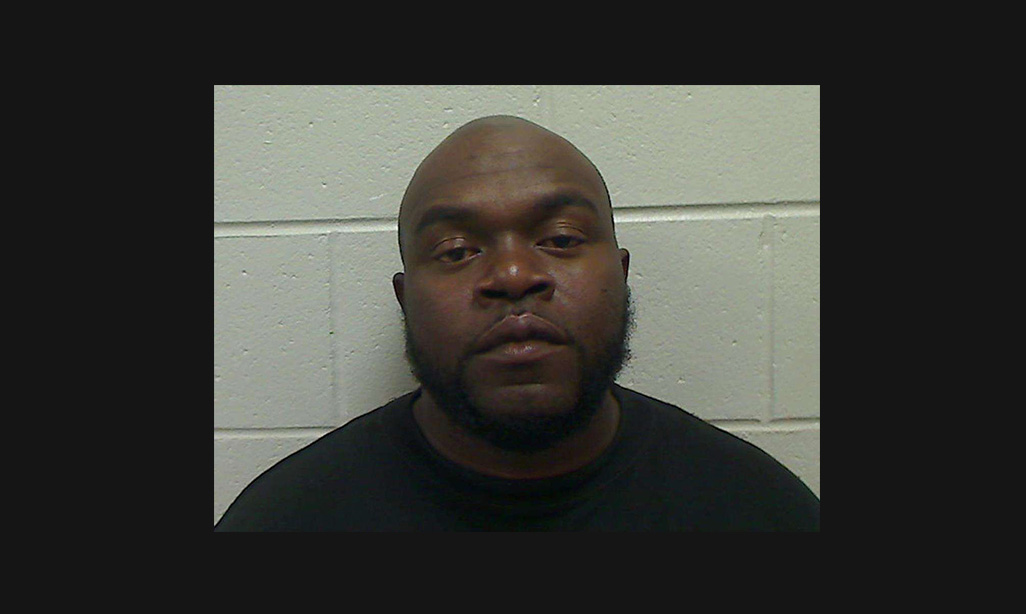 A fugitive, Rickey Raheem Hendrix of Claxton, was arrested in Metter this week by U.S. Marshals.

Statesboro Police Department received a call on March 21 from a female about a male acquaintance that had threatened her with a firearm before taking her car. Arrest warrants were issued and turned over to U.S. Marshals Southeast Regional Fugitive Task Force. The suspect, Hendrix, was not at the Statesboro residence where the warrant was served, but a subsequent search by SPD detectives uncovered powder and crack cocaine, methamphetamine, fentanyl, marijuana, pills, and two firearms.

Hendrix was located, arrested on several charges, and remains at the Bulloch County Jail.

On 3/21/22 a female complainant reported to SPD that a male acquaintance, Rickey Raheem Hendrix (32 years old, Claxton, Ga), had threatened her with a firearm and then taken her car from Mulberry Court in Statesboro. The vehicle, a silver Nissan Altima bearing Georgia tag P3154748, has not been recovered. 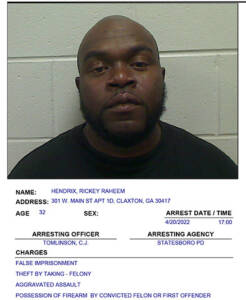