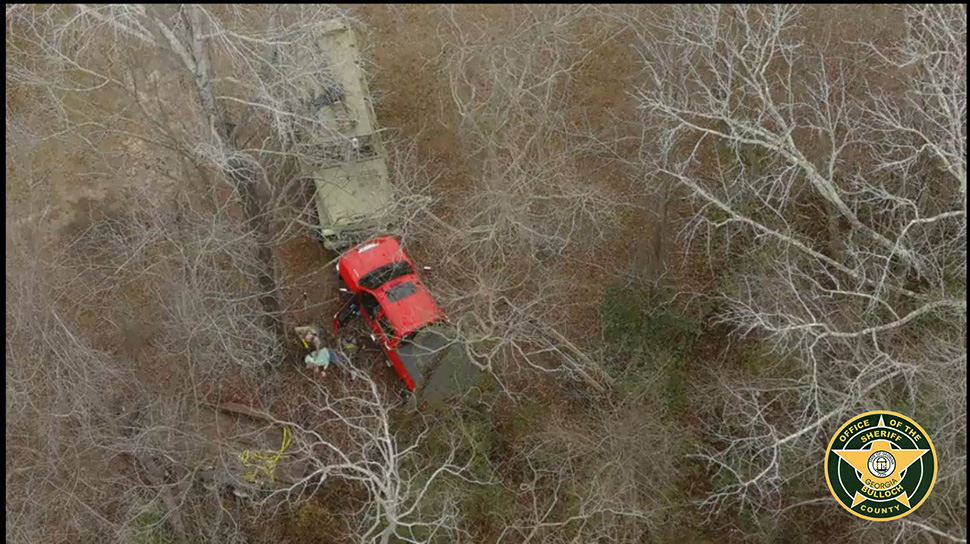 UPDATE 01/19/2023: Wilkes was arrested and taken to the Bulloch County Jail. He has been charged with disorderly conduct and possession of a firearm by a convicted felon. 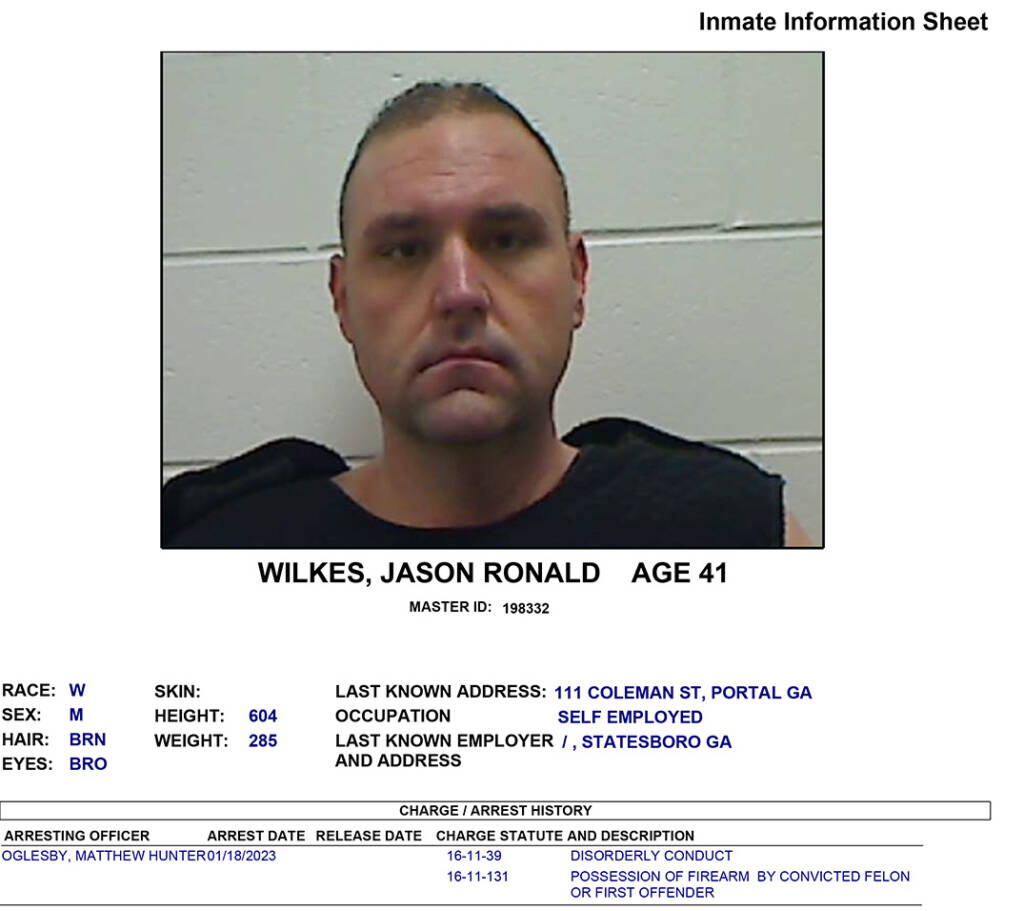 Bulloch County Sheriff’s Office deputies responded Wednesday morning to Coleman Street in Portal in reference to a distraught male walking around with a handgun. Out of precaution, Sheriff Brown requested that the schools in Portal be locked down until further notice. The distraught male, Jason Wilkes, refused to comply with hostage negotiators, but eventually surrendered without further incident. Possible charges are pending as this incident is still under investigation. See the drone footage below.

On January 18th around 10 o’clock a.m. Deputies were dispatched to Coleman Street in Portal in reference to a distraught male armed with a handgun walking around outside. The male made comments that indicated he possibly wanted to be killed by law enforcement in a shootout. Deputies responded to the area and observed that the male, identified as JASON WILKES, was still armed.

Sheriff Brown requested that the schools in Portal be locked down as a precautionary measure. Alerts were also sent out over social media. Hostage negotiators attempted to talk WILKES into putting the gun down. However, he refused to comply and walked out to his truck. Deputies on the scene were notified by a representative with the Bulloch County School System that students would soon start to be dismissed from school for the day. It was also related to law enforcement that there would likely be foot traffic in the area with some students walking to their homes.

Sheriff Brown instructed Deputies to go ahead and move in and attempt to bring an end to the situation, out of concern for children possible walking into the immediate vicinity. Deputies approached WILKES’ pickup truck using an armored vehicle for protection and to prevent WILKES from leaving in his vehicle. WILKES surrendered without further incident at that time.

Sheriff Brown would like to thank all agencies that assisted with this incident, and was grateful no one was hurt. Possible charges are pending at this time as the investigation is still underway.