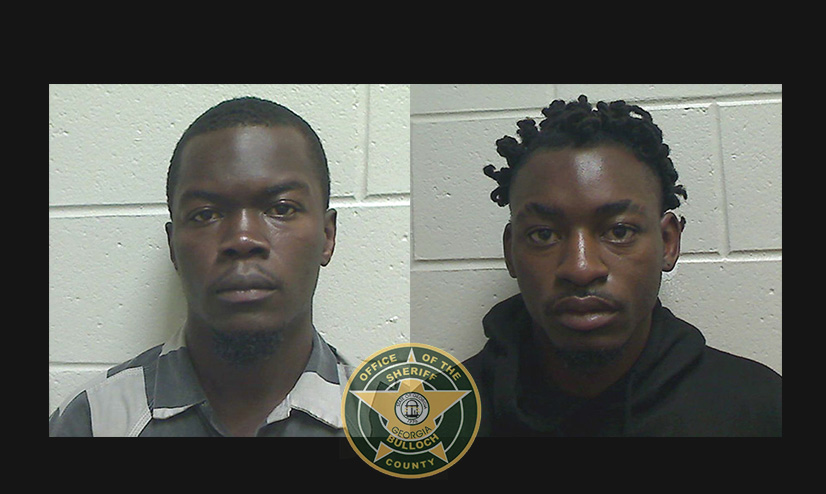 BCSO deputies responded Sunday to reports of three suspicious persons in Iron Gate Subdivision. After a pursuit and one person being struck by car, two were arrested and taken to the Bulloch Co Jail on entering auto charges.

On October 24th at around 02:30 in the morning the Bulloch County Sheriff’s Office was notified that there were three suspicious persons on foot in the Iron Gate Subdivision. Multiple Deputies responded to the scene as there were several subdivisions in Bulloch County that had experienced a rash of vehicle break-ins. In addition to several Patrol Deputies an Investigator and K-9 Unit also headed to the scene.

Upon arrival at Iron Gate a perimeter was set up covering all possible exit points. Shortly after Canine Gismo was deployed a possible suspect vehicle was observed leaving the area at a high rate of speed. Deputy Adam Paquette and Deputy Rhett Kelley pursued the vehicle. After Kelley attempted several P.I.T. maneuvers the offender vehicle finally came to a stop. At this point the vehicle was occupied by the driver and two passengers. As Deputy Paquette was driving up to assist Kelley arrest the offenders, one of the passengers abruptly exited the vehicle trying to escape. Paquette attempted to swerve out away from the offender vehicle but the fleeing suspect ran directly into the path of Paquette and was struck by Paquette’s patrol vehicle. Paquette began rendering aid and was assisted by Deputy Kelley, who also has training as an E.M.T.

The offender that was struck by the vehicle, identified as Aaron Cuthbert, was transported to the hospital by E.M.S. The driver, Joshua Washington, and the second passenger, Nichquan Evans, were arrested and transported to the Bulloch County Jail. When Offender Washington was ordered out of the vehicle a pistol was observed on the seat. Deputies recovered multiple firearms as well as other stolen property and a quantity of marijuana from the offender vehicle.

Sheriff Brown would like to commend all Deputies involved in this arrest which will most likely result in charges being filed for multiple thefts and vehicle break-ins. He said the teamwork involved was exemplary. Sheriff Brown would also like to emphasize the number of Deputies it takes to set an effective perimeter and arrest multiple offenders in situations like these. He stated that it is important that he continues to add additional Deputy positions to his office as Bulloch County continues to grow. 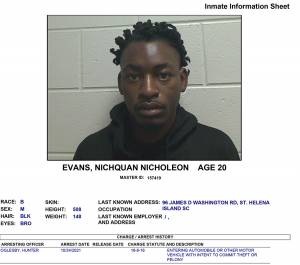 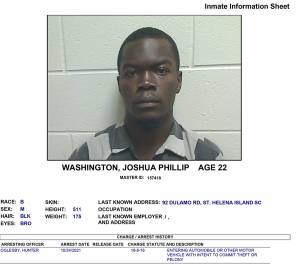