Ogeechee Technical College president Lori Durden was recently installed as the new president of the Rotary Club of Statesboro. 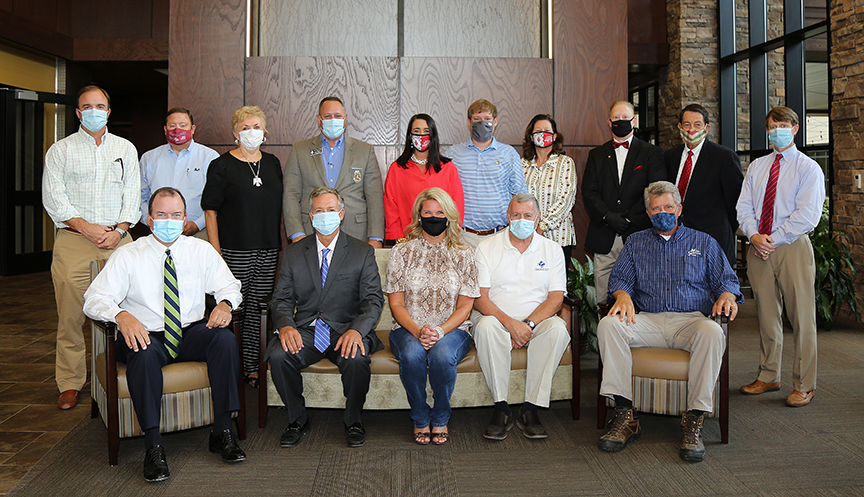 Ogeechee Technical College president Lori Durden was recently installed as the new president of the Rotary Club of Statesboro. Durden, who has been a member since 2011, became the second female president since the club was chartered in 1937.

“It is my honor to pass the president’s pin to Lori,” said Jim Benton, former Rotary Club of Statesboro president. “Over the past year we have seen everything from normal to pandemic.  This caused a big change in how we operate as a club.  Lori has been right there all year serving as President Elect and is prepared and ready to take on the presidency this year with a new way of meeting and taking care of business.  I look forward to serving with her to serve our community’s needs.”

“It is truly an honor to be the incoming president of such a long-standing and impactful organization,” Durden said. “As Rotarians, I think it is so important that we continue to develop new partnerships and strengthen existing relationships even under the most trying of circumstances. That will remain a priority for our club this year.”

As Rotary Club president, Durden will be instrumental in guiding the organization toward their annual goals as well as maintaining an atmosphere where members feel valued, inspired, and connected to each other, despite limitations placed on face-to-face meetings.  “As with other organizations, COVID-19 has significantly altered the way in which we operate and communicate with one another, but ultimately the club’s goal to serve our community has not changed,” she explained.

As a recent appointee to the statewide Georgia Innovates Taskforce, Durden has been very active at both the local and state level. Her most recent involvements include serving on the Board of Trustees at East Georgia Regional Medical Center, the Lynda Brannen Williamson Foundation, the University System of Georgia Board of Regents, Coastal Workforce Investment Board, Statesboro-Bulloch Chamber of Commerce, Foundation for Public Education in Bulloch County, Leadership Georgia and Leadership Bulloch.

The rotary club held its first virtual meeting August 3, where it welcomed the new 2020-2021 Board of Directors.

Sharp Named August 2020 Employee of the Month at EGRMC
Kennedy Named As New Member Of Board Of Trustees
Posting....