Detectives arrested 17 year old Maircle Ware on one count of Terroristic Threats, one count of False Statements and Writings, and one count of Disrupting a Public School. A 15 year old juvenile residing in Macon, Ga was also arrests for having made the phone threats to SHS. 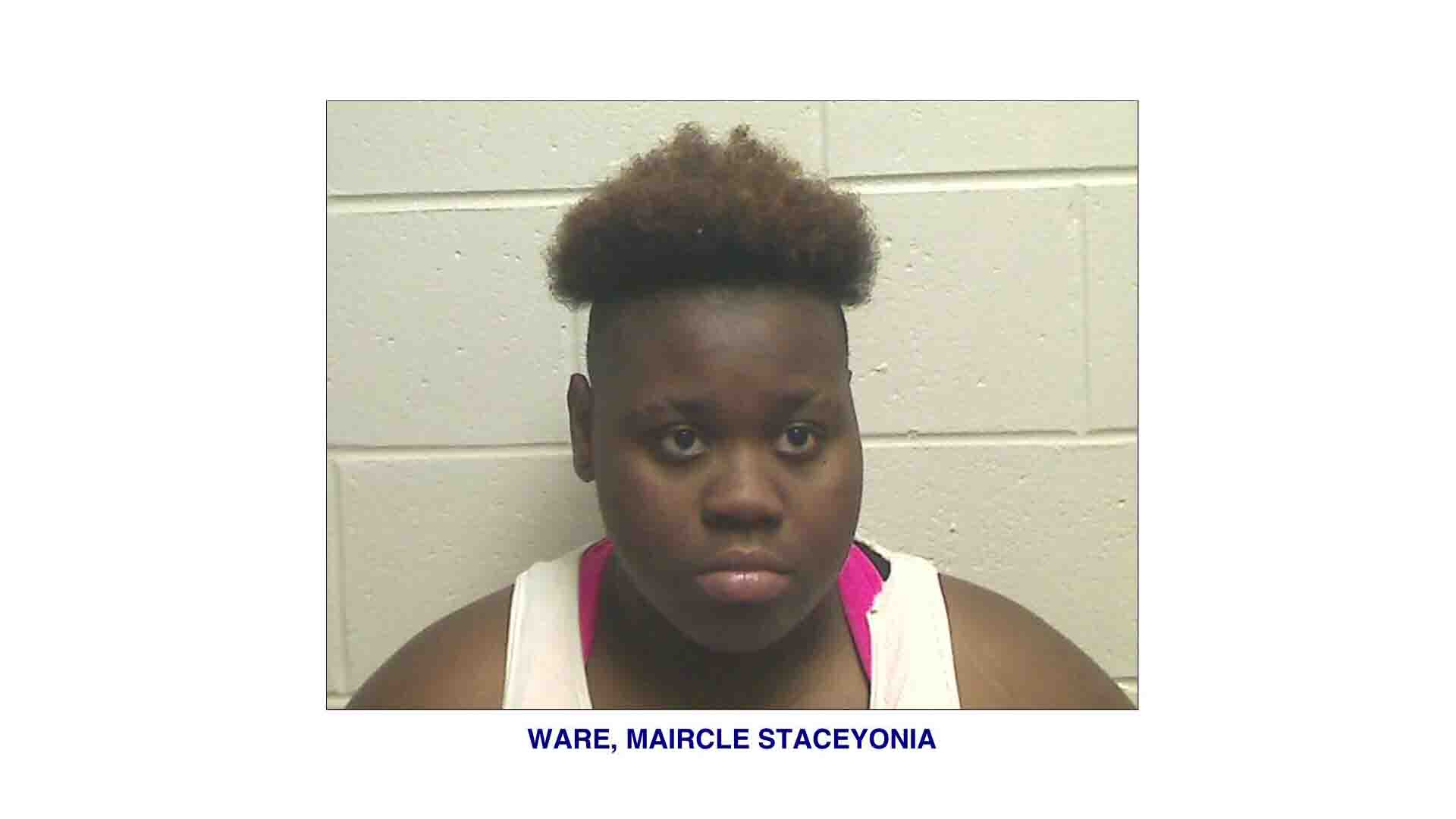 On 2/10/20 officers with the Statesboro Police Department were notified of a threat made to Statesboro High School via the social media platform Snapchat. While officers and K-9 units acted with school staff to secure the facility, detectives began the process of obtaining information from various internet service and social media platform providers. Also on 2/10/20, SHS staff began receiving threatening phone calls from a suspect using the TextNow calling app. The criminal investigation into this matter began at the same time as the investigation into the initial Snapchat threat.

On 2/11/20 detectives arrested 17 year old Maircle Ware (Johnson Street, Statesboro) on one count of Terroristic Threats, one count of False Statements and Writings, and one count of Disrupting a Public School. These allegations related to the initial Snapchat threat. Ware was a currently enrolled student at Statesboro High School. She was transported to the Bulloch County Jail where she is held pending further judicial action.

On 2/12/20 detectives identified a 15 year old juvenile residing in Macon, Ga as having made the phone threats to SHS. That juvenile will have a hearing in Bulloch County Juvenile Court at a later date on charges of Terroristic Threats and Disrupting a Public School.

At this point no evidence suggests that the two threats were linked or made in conjunction with one another. Anyone with information on either is advised to contact Detective Kreun at 912-764-9911.

The Statesboro Police Department thanks the students, parents, and staff at SHS for their patience in allowing this case to take its course. Criminal investigations involve steps the public never sees, and our detectives strive to compile criminal cases which will stand the test of court. This process can’t be rushed if the prosecution is to be successful.