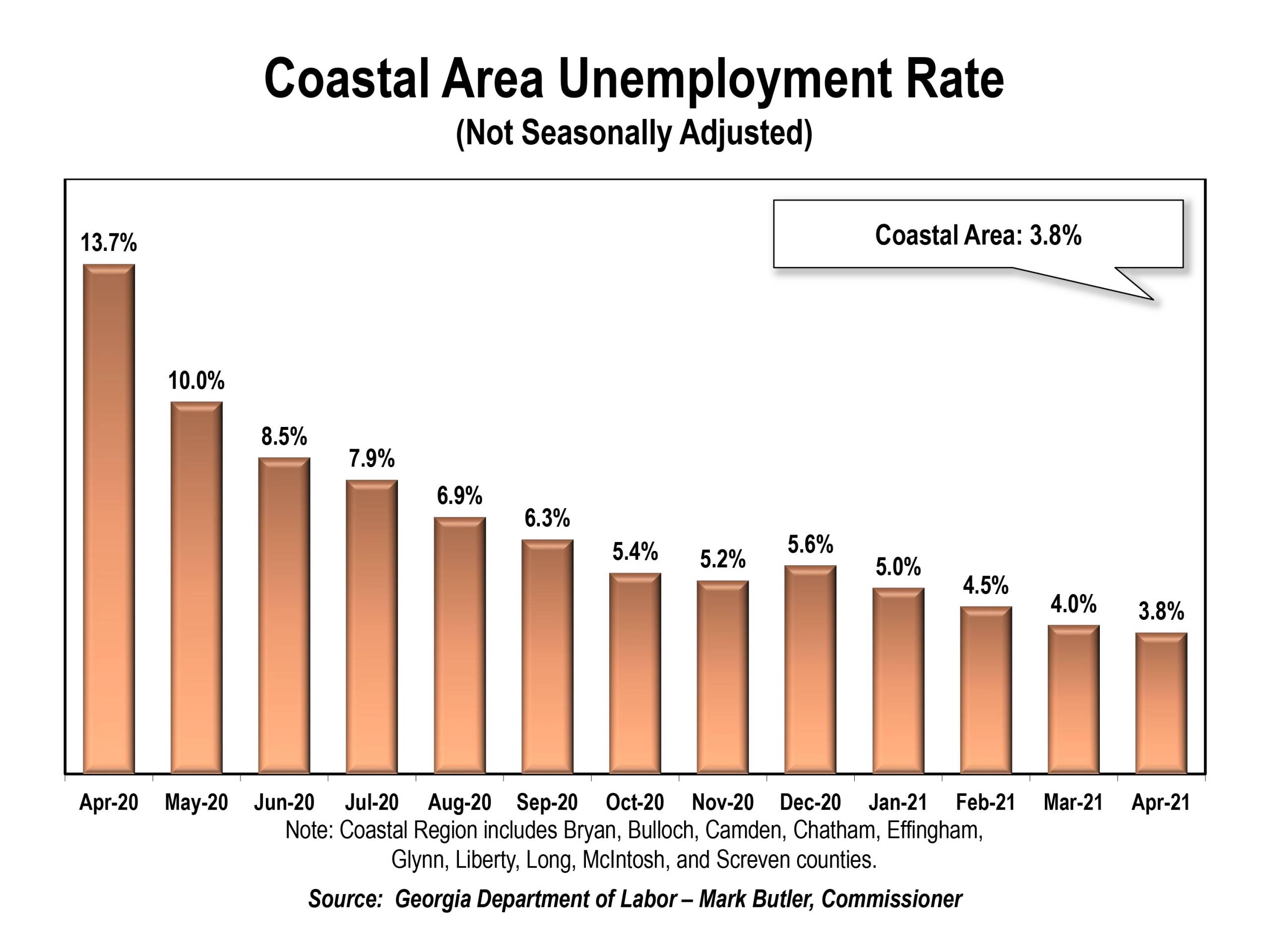 In Coastal Georgia, the unemployment rate decreased by 0.2 percentage points, bringing the rate to 3.8 percent. A year ago, the rate was 13.7 percent.

Coastal Georgia ended April with 330,060 employed residents.  The number decreased by 324 in April and was up 51,208 as compared to last year.

Initial claims for unemployment decreased by 10 percent in April. When compared to last April, claims were down by about 92 percent.