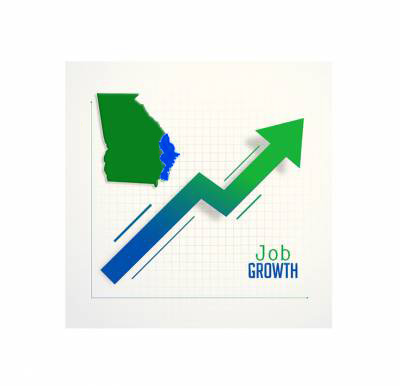 “We are continuing to see an increase in the number of jobs available and very few actual reported layoffs through the WARN system, both good signs of an improving economy,” said Commissioner of Labor Mark Butler. “We must continue to work together to connect those seeking work with the many jobs available that offer stable salaries and competitive benefits.”

In Coastal Georgia, the unemployment rate increased in June to 4.4 percent, an increase of four-tenths percentage points. A year ago, the rate was 8.5 percent. 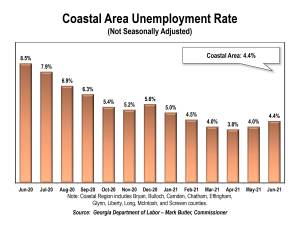 Coastal Georgia ended June with 328,811 employed residents.  The number decreased by 874 in June but was up 30,177 as compared to last year.

Initial claims for unemployment decreased by 5 percent in June. When compared to last June, claims were down about 84 percent.