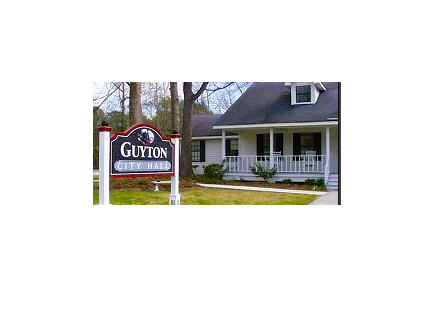 The City announced late Monday that two teleconference meetings would be held on July 1st and July 2nd for the purposes of introducing and adopting the budget for the upcoming fiscal year. See the agenda announcements here:

OCGA 36-81-5(f) reads that “At least one week prior to the meeting of the governing authority at which adoption of the budget ordinance or resolution will be considered, the governing authority shall conduct a public hearing, at which time any persons wishing to be heard on the budget may appear.” The use of the word “shall” indicates that the hearing must take place at least one week ahead of the adoption. View the code section.

Neither agendas make mention of a public hearing and the advertisement for the hearing, which was distributed to news media after 5:00 p.m. on June 29th, does not leave time for one week of advertisement in the legal organ as defined by statute as well.

The stipulation is in Georgia code not once, but twice. OCGA 36-81-6 reiterates that the hearing and the adoption cannot occur on the same date and that the above-mentioned code is the law of the land, as the code section reads: “(a)  On a date after the conclusion of the hearing required in subsection (f) of Code Section 36-81-5, the governing authority shall adopt a budget ordinance or resolution making appropriations in such sums as the governing authority may deem sufficient, whether greater or less than the sums presented in the proposed budget. The budget ordinance or resolution shall be adopted at a public meeting which shall be advertised in accordance with the procedures set forth in subsection (e) of Code Section 36-81-5 at least one week prior to the meeting.”

Additionally, public hearings are not currently permitted via teleconference. The Georgia legislature approved a measure just last week in response to the COVID-19 pandemic and the need to conduct hearings remotely during states of emergency, which would allow local government entities to hold such hearings via teleconference. SB 413 was approved by both the House and Senate, but has not been signed into law or taken effect.

Other municipalities which have been working to resolve the budget matters during this unprecedented time have held hearings outdoors, at recreational departments, and other places where social distancing can be enforced, but the budget can be adopted in accordance with the law.

The budget must also be in a publicly displayed location for any citizen to review at any time, including the city website and city hall. City Hall, however, is currently closed to the public and the budget does not appear on the city Facebook page or the city website.

Traditionally, cities and counties that need additional time to enact a budget due to lack of organization merely approve a spending resolution for 30 days to operate for one month based on the previous year’s budget. The City of Guyton in order to be in compliance with state law, would need to readvertise the ordinance and the public hearing which would need to take place at least one week ahead of the official adoption.