3.9 Magnitude Earthquake Near Metter and Stillmore, Did You Feel It? 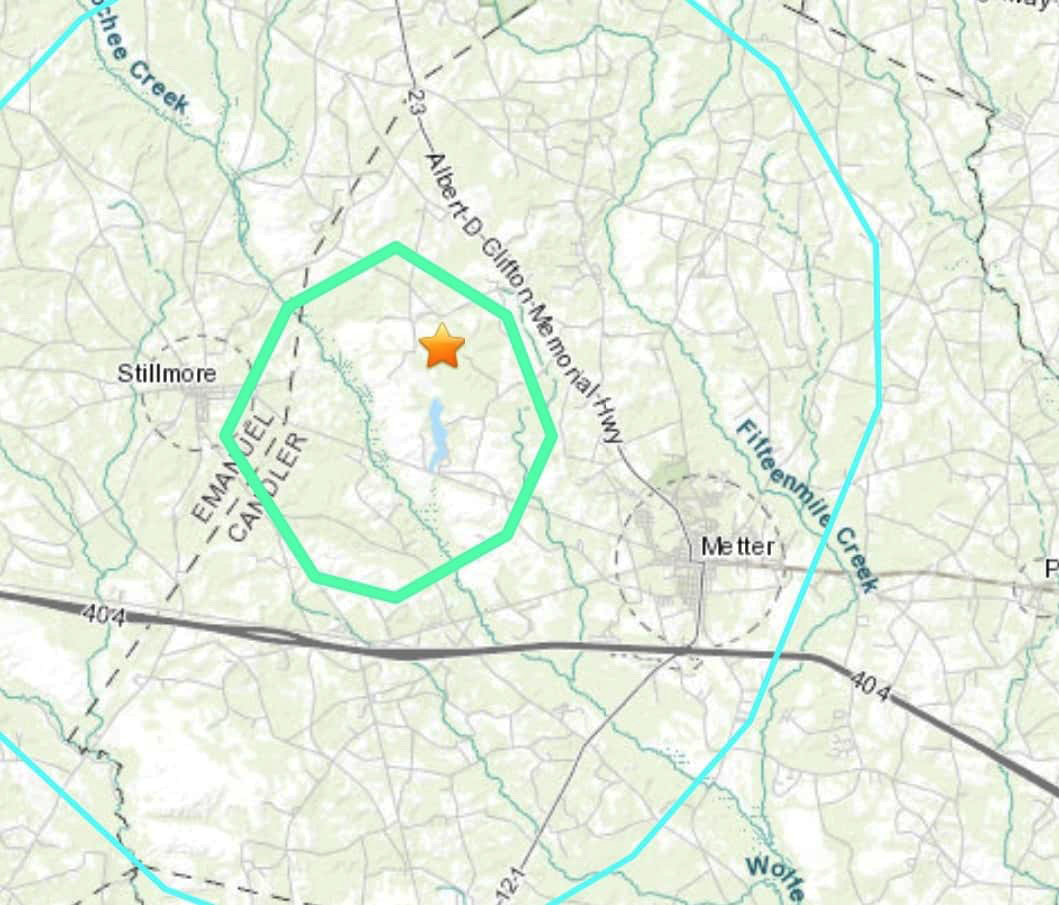 Around 4:00 am this morning, an earthquake occurred near Metter and Stillmore, more specifically 7 km east of Stillmore. According to USGS, the magnitude was 3.9 mw(moment magnitude).

The National Weather Service in Charleston tweeted that people have reported  feeling “shaking” in Savannah, Bluffton, Statesboro, and as far away as Columbia, Augusta, Warner Robins and Atlanta. Did you feel it? If so, you can fill out the report form about your experience HERE. 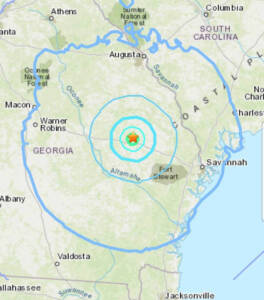