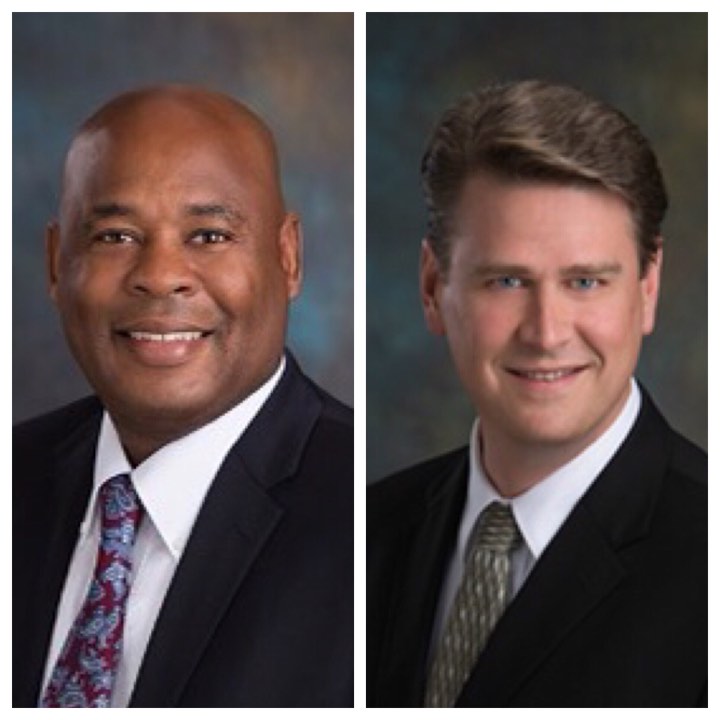 The Statesboro City Council met for a special-called meeting Tuesday morning to discuss when to set the election for the District 5 seat recently vacated by Travis Chance, who is now seeking a County Commission.

Mayor Jonathan McCollar was adamant from the commencement of the meeting that the election should be held in November to allow more time for qualifying and fundraising.

Councilman John Riggs said he was originally not sure of when to hold the election. After talking to council members, he said he was still conflicted as different members had different opinions, so he resorted to asking the people of District 5. “”I had quite a few phone calls. One was from a candidate in District 5 and he would like it to be in May. I know of at least one.”

McCollar asked if anyone in the audience lived in District 5, four people made themselves known.

“I’m concerned about the May 22nd date because the Democratic process is so short. The Supreme Court outlines timelines that’s associated with running for office. I understand that there should be representation to District 5 by trying to hurry up and do it in May, okay, and the reason behind that, is because when you run for office, the people should have time enough to get to know who’s going to be representing them,” McCollar said.

Early voting would start at the end of April if the election was set for May.

McCollar went on to say people wouldn’t have time to raise money or buy signs. “All the candidates that are available to run right now are turn key candidates. Candidates that will go in, pay the qualifying fee, and go get the signage…” McCollar elaborated on the idea, saying that having a short window to raise money would put some candidates at a disadvantage.

He suggested having an election in June or July, but was promptly interrupted by Councilman Phil Boyum who said state law dictates that special elections must be held in May or November. “Then I say November,” McCollar said.

BULLOCH BOARD OF ELECTIONS RULES

Elections Supervisor Pat Lanier Jones said in the meeting that elections held on a standalone ballot do not need a 90-day call period. 29 days will suffice. It also means that voters will need two ballots, much like they did during the November 2017 election for ESPLOST and the municipal elections. Some voters will have to go to more than one location.

One member of the public said District 5 wants representation now, noting that it’s just one district, not a county or city-wide election.

Chair of the Bulloch County Democrat Party Ivory Watts and resident of District 5 asked for the election to be pushed to November, citing a lack of time for vetting of candidates. “They do need time to be able to talk to people, to fundraise, order signs and wait for them to arrive.”

Councilman Jeff Yawn asked how much it costs to qualify for the seat. Boyum said the fee is $227. Yawn also wanted to know the number of residents, registered voters, and number of voters in the last election.

Councilman Sam Lee Jones said the people of District 5 want representation now and it’s “always best to do things speedily” instead of waiting.

McCollar reiterated his opinion saying, “The idea of rushing to do it, I understand the reason why you would want to rush to do it, but for the sake of Democratic process, for the thing our soldiers die for, we’re short-changing that. Council, you can make the decision. You make the motion.”

Boyum took responsibility for calling the meeting. “When Travis announced he was resigning, I momentarily neglected my duty and was thinking about Travis and all that that entailed and what I should have been thinking about is how do we get another representative in that seat for Travis because this is a five person council.”

He went on, “If you look at state law, we can call a special election. If the state thought that 70 days was too short, it wouldn’t be in state law and we wouldn’t be charged to do it. My position is we fill that seat as soon as possible…Sometimes special elections happen quickly.” He also said the city council has no place deciding who is or isn’t a good candidate.

McCollar said this was only happening because it would be advantageous to certain candidates. Boyum maintained he was doing what is in the best interest of District 5. The discussion between the two escalated from there. The back and forth between Boyum and McCollar begins at the 15:00 minute mark.

Statesboro City Council – Special-called meeting. Begins at 9AM . Discussion is special election date for the seat vacated by Councilman Travis Chance, who is running for County Commission.

LEGAL OPINION FROM THE SECRETARY OF STATE

The City of Reidsville just this month had a member of council step down. The city contacted Secretary of State Brian Kemp’s office about the setting of a special election, where the circumstances are the same, and was told by Assistant Elections Director and Deputy General Counsel Kevin Rayburn on March 1 that the window to call for a special election on May 22 had passed. That email is below: 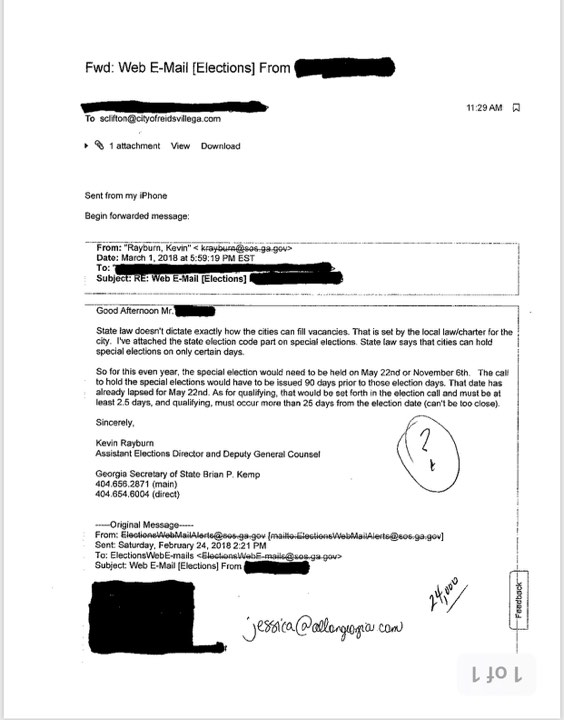 AllOnGeorgia representative Eric Cumbee told council members about the letter from the Secretary of State’s Office but Boyum called the letter “hearsay.”

AllOnGeorgia reached out to City Attorney Cain Smith who said the city contracts elections with the Bulloch Board of Elections Office and relies on their counsel as to the legality of the law.

The Georgia Secretary of State’s office did not return calls for comment, but it appears the office may not have had all the pertinent information when advising the City of Reidsville.

Ultimately, Boyum made a motion to set the date for the election for May. It was seconded by John Riggs and passed unanimously. Residents will have until April 24th to register to vote. Election Day is May 22.

You can read the resolution passed by council here.