Statesboro Council Approves Funding for Bulloch B&GC But Will Revisit

The item was part of the FY 2021 budget, but just ahead of the vote, Councilman Phil Boyum brought up the appropriations for the group and said he wanted to double down. “I want to take it from $9,000 to $20,000,” Boyum said, citing high success rates and return on investment.
But there were concerns by other council members who want other organizations funded, too. 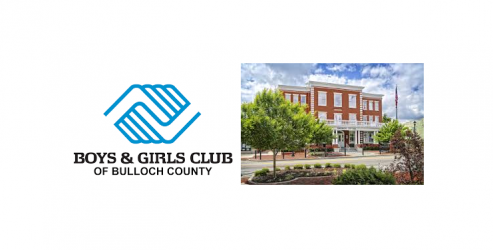 The Statesboro City Council voted Tuesday night to approve a $9,000 appropriation to the Boys & Girls Club of Bulloch County but plans to revisit the matter at a later date.

The item was not an individual action item, but instead part of the FY 2021 budget, but just ahead of the vote, Councilman Phil Boyum brought up the appropriations for the group and said he wanted to double down. “I want to take it from $9,000 to $20,000,” Boyum said, citing high success rates and return on investment.

“We focus on youth and youth development, we’ve got a committee that’s committed to youth development and when I started looking at the real results that I have…the Boys & Girls Club, 98% of the students that go there graduate and their promotion rate is 26 percentage points higher than the state…it’s raising up people out of poverty and getting them an education,” Boyum said

Councilwoman Venus Mack expressed her desire to split the money and donate to the Statesboro YMCA as well. “I think that would be a good thing, but I also don’t want us to forget about the YMCA and I don’t have all of my research like you do but I have been looking into some things and I just think that if we’re going to give to one organization, we need to give both organizations. Maybe we could split it, but you came with the $20,000, so what else can we do?”

“The YMCA does not provide the same things,” Boyum said. “It is primarily a gym. It is run by memberships, they do not serve the underserved community, this is kids that have – 77% of the kids that go here have single parents who have a hard time taking care of them…we have a contract with them. But the YMCA does not provide meals for kids, they don’t provide tutoring for kids, they don’t provide the same level of service and they don’t serve the underserved community and that is not their target demographic whatsoever. I would not be in favor.”

Mack said they may not do as much but they do do some things. “As of right now, we’re in COVID and a lot of things are closed down and the YMCA is one of the programs here that has a summer camp for kids. They have services that can help. There are other organizations in the city that we can help as well.”

Mayor Jonathan McCollar offered his opinion on the appropriations for both:

I wish we would have gotten this prior to…this is a slippery slope because I just don’t believe this is what the government should be doing. If government is contracting with any entity then it has to have an outlined service that they are providing so I don’t understand how a $9,000 service turns into a $20,000 service and there’s been no amendment to the memorandum of understanding or the expectation of what we’re getting for that $20,000. To just, to me, to pull $20,000 out of the air for a product that we were paying $9,000 for and now all of a sudden it’s worth $20,000 and there’s been no addition to the service we’re going to receive, I’m a little bit concerned.

We just can’t go around giving money to feel good organizations and when we don’t have to identify ‘this is what we’re doing.’ What are we getting for that $20,000?

What McCollar references is known as the Gratuities Clause under the Georgia Constitution – (See Article III, Section VI, Paragraph VI) which prohibits the General Assembly from using tax dollars or state property to donate, offer a gratuity, or forgive a debt or other obligation of a private entity or individual.

The issue with a private entity receding tax dollars is that it opens the door for others to request the same, since governments cannot apply the law unequally.

The $9,000 appropriation is not a violation of the clause because a contract for services provided as well as a memorandum of understanding exist, but an increase in funding without an increase in services – or a subsidy or donation – would be strictly prohibited. The city has an obligation to first amend a contract before appropriating additional funds or including another nonprofit.

“The point I’m making, it’s not that I don’t want to help,” McCollar said. “We need to be very specific in what we’re asking them to do in the contract. It’s not our job to subsidize the Boys & Girls Club, or any other nonprofit within this community. I’ve worked with the Boys & Girls Club, I worked with the YMCA – they both have outstanding services, but we are going into a slippery slope to go down for government. We need to be able to go back to the public and say ‘we were able to serve this many children, what were they getting?’” 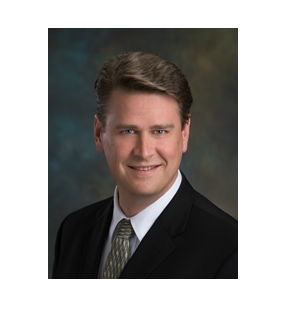 “I agree with you mayor, we should put that in the memorandum of understanding and I’m happy to put that in my motion as well,” Boyum said. “We can put a condition in there.”

Councilwoman Shari Barr suggested directing staff to explore what services the YMCA is offering to see if the city has any reason to contract with the organization while also having the Boys & Girls Club offer justification for how much more they could provide with an additional funding allotment.

City Manager Charles Penny said he will bring a Memorandum of Understanding before the council at the next meeting based on the $9,000 budgeted. He said the MOU had been drafted by the city attorney but not provided to the Bulloch Boys & Girls Club because he was not sure how the city was going to fund the entity, if at all. “We’d have to increase revenue to make up the $11,000 but we can do that if you want to,” penny said.

“I stand by my motion and if no one wants to second it then it will die and someone else can make a motion, Boyum said.”

Boyum’s motion to increase the funding to $20,000 did not receive a second and died on the floor. The FY 2021 budget went on to be approved with the original appropriation amount of $9,000 in a vote of 3-2, with Boyum and Riggs opposing.