Days ahead of the Council meeting where Brooklet citizens plan to address Council over attempts to shutter a beekeeping operation in the city limits, some Brooklet council members have already taken matters into their own hands and directed the city attorney to limit the practice legally. 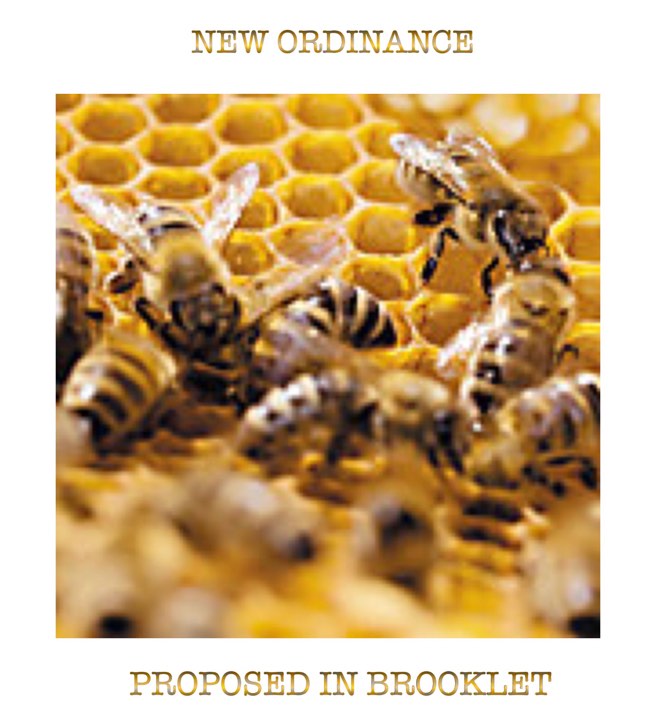 Days ahead of the Council meeting where Brooklet citizens plan to address Council over attempts to shutter a beekeeping operation in the city limits, some Brooklet council members have already taken matters into their own hands and directed the city attorney to limit the practice legally.

A response from Hunter to Newman dated Wednesday, May 8, 2019 reads:

Please find attached a draft of a proposed Beekeeping ordinance that is modeled on the Savannah ordinance. I would note that there is a state statute, OCG A §2-14-1.1 that prohibits local governments from prohibiting, impeding or restricting the establishment of honeybees in hives. I have addressed that at the beginning of the ordinance with the stated purposes, attempting to not run afowl of such prohibition.  Let me know if you have any requested changes. If it is OK as drafted, please have Angie place the same on the agenda for a first reading. 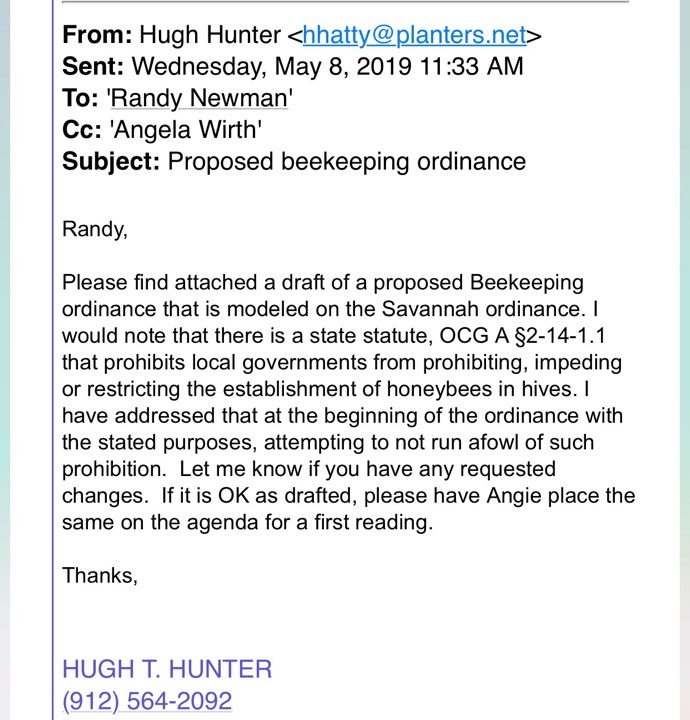 Newman confirmed receipt of the ordinance proposal on May 9, 2019 by responding to 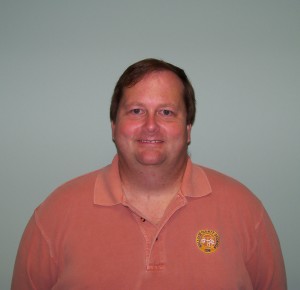 Hunter’s email, noting the ordinance “looks good,” and copying the city administrator. He also inquired as to whether or not the beekeeping ordinance would have to go before the Planning Commission before it could be adopted, which Hunter said would not be required. No other council members were copied on the email exchange.

Councilman Newman’s acknowledgement of the draft ordinance places the measure on the council agenda for Thursday, May 16th, a meeting already set to entail discussion on honeybees. The draft ordinance was sent to Newman the same day the city, by way of attorney Hugh Hunter, sent a cease and desist letter to the DiNello family – best known as ‘The Bees’ Knees’ – because of their beekeeping practices. Hunter informed the DiNellos that they were in violation of the city zoning laws because their beekeeping constituted a commericial enterprise, a claim the DiNello family refutes. [More on that here]

Hunter referenced a code section that prohibits local governments from prohibiting or limiting beekeeping in his email to Newman and said he addressed it in the first part of the ordinance. The ordinance introduction merely states that “It is not the purpose and intent of this ordinance to prohibit, impede, or restrict the establishment of honeybees and hives.”

The ordinance as drafted by Hunter reads, most importantly, limits the number of colonies permitted on city property. Much like the City of Savannah’s beekeeping ordinance, the ordinance regulates people who have at least one colony of bees and declares that is is illegal to keep colonies that are “unhealthy,” “interfere with the ormal use and enjoyment of human or animal life,” or interfere with the use of property. The City would require an annual registration of the beekeepers and proof of a state license to keep bees  if the operation is commercial as well as a fence on the propery to keep flyaways from occurring. The proposal would offer no mechanism for opting out of the mosquito spray, but does say that beekeepers will be given notice ahead of spraying. Additionally, landowners would be limited to a certain number of colonies based on their lot size:

The only difference between the Savannah ordinance and the proposed ordinance in Brooklet is that Savannah requires a registration fee of $25.

The DiNellos, who face a $1,000 fine if they do not remove the bees from their property within 30 days, plan to address the Mayor and Council at the upcoming meeting, citing claims of retaliation after the family contacted the city to request an opt-out of the mosquito spray procedures set to begin this month. The DiNello family has chronicled their communications with the City on social media, a move that they say has pushed the Council to seek to remove the honeybees all together despite having known about the beekeeping inside city limits for the last three years.

A number of citizens have already questioned why an ordinance is necessary if, as the city attorney stated in his communications with the DiNellos, city ordinances already prohibit beekeeping.

The Council, on the other hand, has been instructed not to respond to the DiNellos at the upcoming council meeting because of claims they have contacted an attorney. 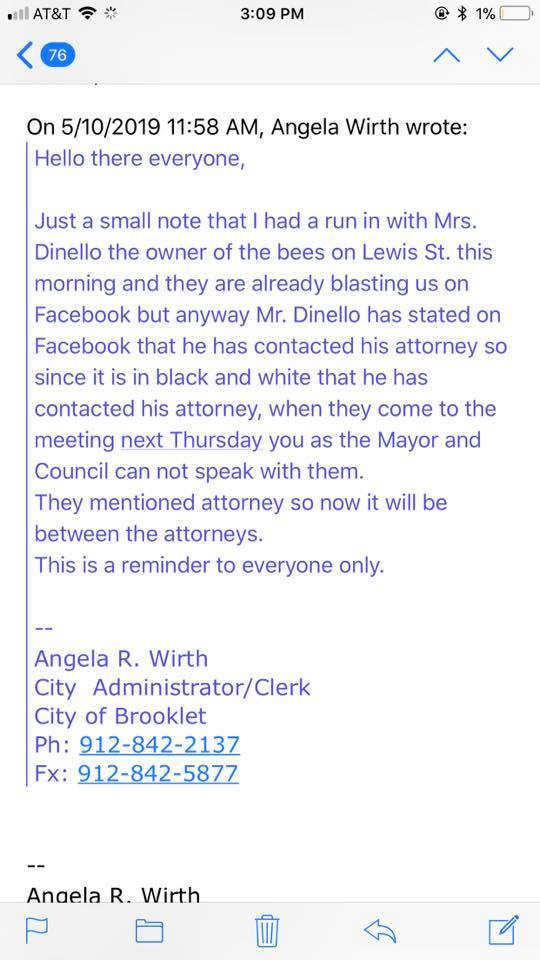 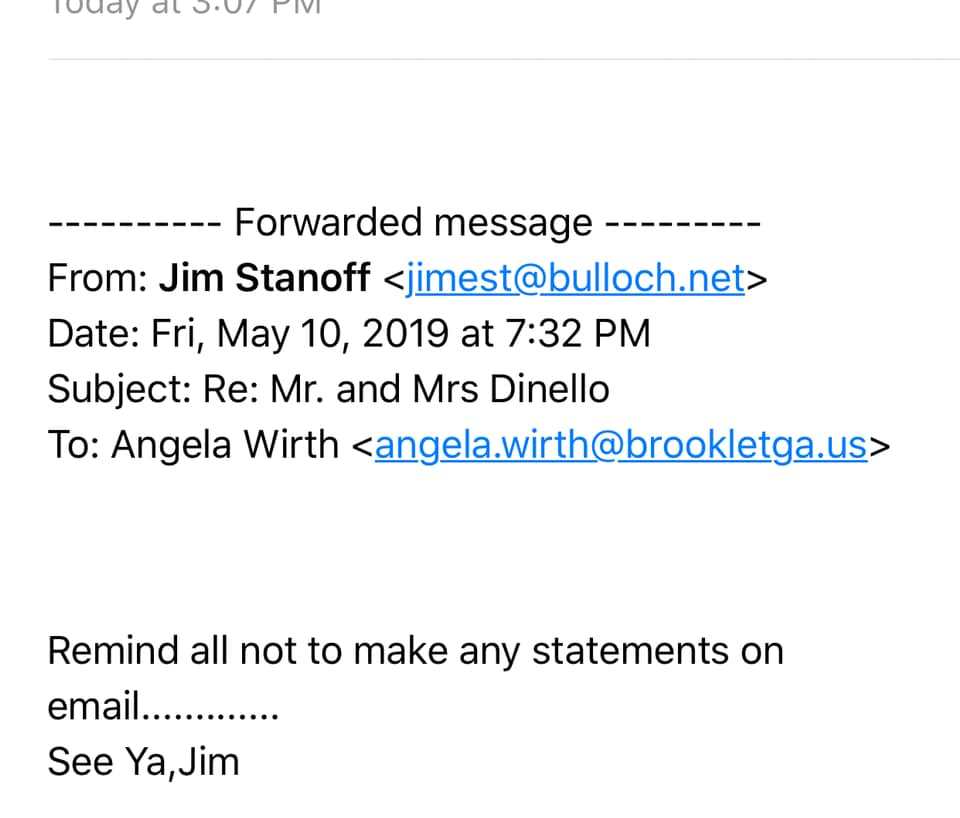 You can read more about the city’s attempts to rein in beekeeping here.

You can read the draft ordinance below.