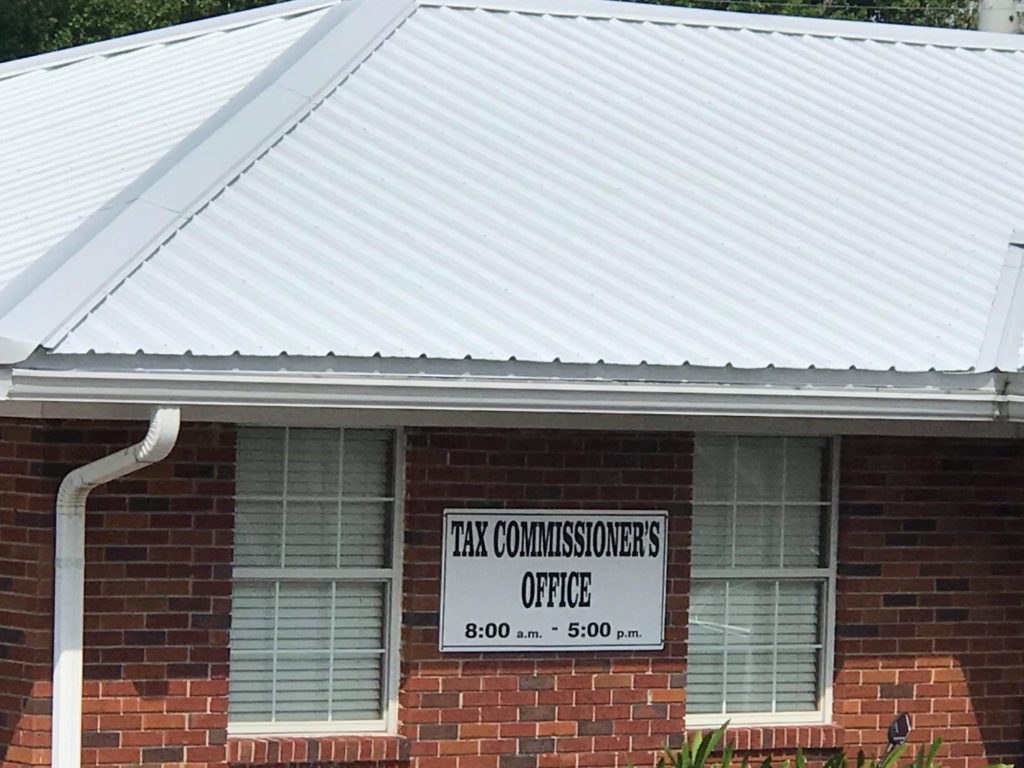 Tattnall County Commissioners celebrated the upcoming retirement of Tax Commissioner Dale Dutton at their August meeting held Monday, presenting him with a resolution of commendation and a reception, but a review of state law indicates that the process of filling the vacancy is not in line with what the law requires.

Meeting minutes approved Monday by the Commissioners during the July Commission meeting indicate that Chairman Jackie Trim “announced that Mr. Dale Dutton, Tax Commissioner, has turned in his letter announcing his retirement effective September 1, 2019. He has appointed his bookkeeper, Mrs. Laura Adams to serve as Interim Tax Commissioner for the remainder of his term which will end December 31, 2020. Chairman Trim stated that Mr. Dutton has done a great job as a Tax Commissioner and wished him well.”

Minutes also indicate that a motion was made by GW Thompson to accept the resignation letter of Dutton, and seconded by Wayne Tatum. It passed unanimously with all six commissioners and county attorney Joe McGovern present for the meeting. No further discussion was had.

But Georgia election law supersedes the county’s actions or desires.

OCGA 48-5-211(a) states that the actual process requires that the Tattnall County Probate Judge “appoint a qualified person to discharge the duties of such officer until the vacancy is filled” for the office of tax commissioner.

Subsection (b) of the same code section says that when a vacancy occurs and it is not more than six months from the call of the next election and when the election can be held, the person appointed by the probate judge can finish the term without a special election. Otherwise, a special election to fill the vacancy must be called by the elections superintendent.

Dutton’s resignation is effective 15 months before the expiration of his term, which means the exceptions to the state requirement for a special election do not apply.

The November 2019 general election in Tattnall County is only for municipal elections, as confirmed Monday by the Tattnall Board of Elections office. The 2020 general election is set for November 3, 2020, which means the exceptions in 48-5-212 wouldn’t apply, even if a deputy tax commissioner was appointed.