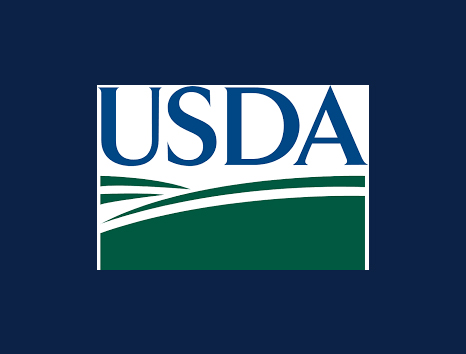 USDA announced the appointment of Dr. Dewayne Goldmon as Senior Advisor for Racial Equity to the Secretary of Agriculture. Goldmon has served for the past year as Executive Director of the National Black Growers Council (NBGC), a Washington, D.C. based organization that advocates to improve the efficiency, productivity, and sustainability of Black row crop farmers. He has more than 30 years of experience in the agricultural sector and is also a farmer in southeast Arkansas. Before joining the NGBC, he helped to form the organization and served as its initial advisor.

“We need to accelerate a transformation of our food system, and that begins with embracing a call for racial justice and equity across food, agriculture and rural America,” said Agriculture Secretary Tom Vilsack. “With Dewayne’s guidance, we will build a USDA that represents and serves all Americans—a USDA that is committed to ensuring equity across the Department, removing barriers to access and rooting out systemic discrimination, and building a workforce that reflects all of America.”

Dr. Goldmon received his bachelor’s and master’s degrees from the University of Arkansas and his Ph.D. from Iowa State University, all in agronomy. After four years as a field researcher with American Cyanamid (acquired by BASF), he joined Monsanto Company (acquired by Bayer Crop Sciences) in 1995. He held various positions in technology development, where he conducted research on all southern row crops and managed research and development trials in soybeans, rice, and cotton. Later in his career, he worked on Monsanto’s government affairs team and in human resources, retiring as the Outreach Lead for Bayer Crop Sciences in 2019. Throughout his education and career, he has worked on diversity initiatives and maintained working relationships with several land-grant universities and community-based organizations.

USDA also announced the appointment of Andy Green as Senior Advisor for Fair and Competitive Markets. Most recently, Green served as a Senior Fellow for Economic Policy at the Center for American Progress in Washington, D.C. He writes and speaks regularly about financial markets and regulation; corporate governance and competition; international trade; and the economy and middle class. Prior to joining CAP, he served as counsel to Kara Stein, commissioner of the U.S. Securities and Exchange Commission (SEC). And previous to that, Green served as counsel to Senator Jeff Merkley or Oregon and staff director of the U.S. Senate Banking Committee’s Subcommittee on Economic Policy. Prior to joining Senator Merkley’s office in early 2009, Green practiced corporate law at Fried, Frank, Harris, Shriver & Jacobson in Hong Kong and Shanghai. He holds bachelor’s and master’s degrees from Harvard University and a juris doctor from the University of California, Hastings College of the Law.

“We must create a more level playing field for small and medium producers and a more balanced, equitable economy for everyone working in food and agriculture, including immigrants and seasonal farmworkers,” said Secretary Vilsack. “We are grateful to have Andy join the team to help us build a fairer, more transparent food system.”