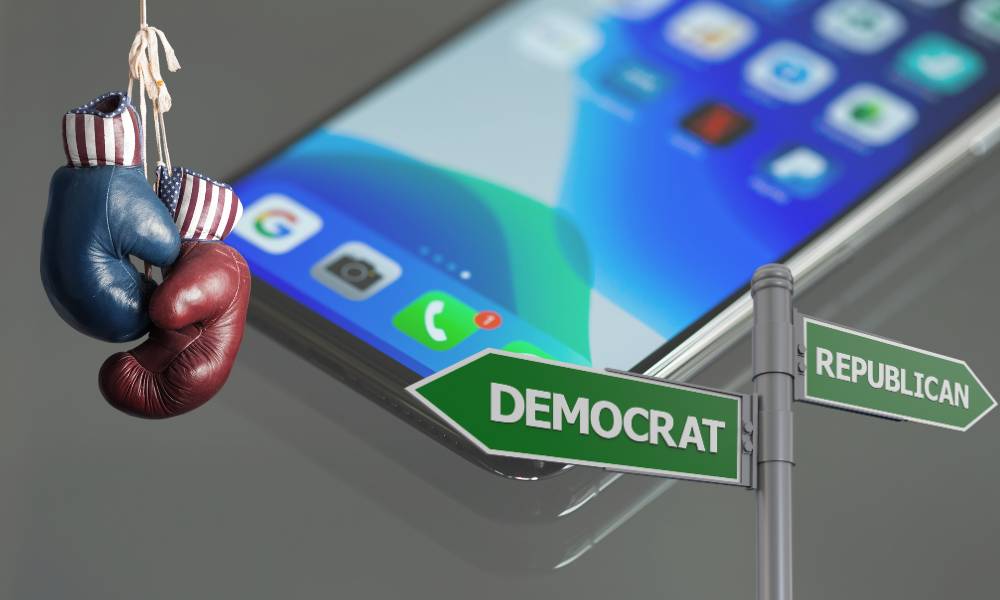 RoboKiller, the app that eliminates unwanted spam calls and texts, reveals over 5 billion political text messages reached Americans in October alone – an 85% increase from September. According to RoboKiller’s proprietary political message trends, these estimated totals mark the highest number of political messages sent in a single month on record.

In October 2020, California, Florida, Texas, New York, and Pennsylvania residents were among the top receivers with a combined 871 million political text messages – 35% of the total messages sent in October 2020.

What is causing the explosion of political text messages this election season?

The uptick in text messages vs. phone calls in 2020 is reflective of the changing political campaign landscape and how parties and politicians are targeting voters. RoboKiller first identified a shift in June 2020, when political text totals increased by 50% from May 2020 and robocalls decreased 17%. Since then, the number of texts have continued to rise by an average of 30% each month, while political robocall totals remain stagnant.

These trends indicate that political text messaging is playing a critical role in 2020 campaigns, especially when it comes to fundraising. Nearly 80% of the text messages RoboKiller identified included a donation request to campaigns, Super PACs, or third-party fundraising organizations such as WinRed or ActBlue. With COVID-19 limiting in-person campaign tactics such as rallies or door knocking, texting has become one of the primary ways political campaigns are generating funding and voter support for one of the most contentious presidential elections in history.

A list of RoboKiller’s top 100 most sent political text messages by political party can be made available upon request.

Are all of these political messages legitimate?

Although phone scammers are always trying to take advantage of highly publicized current events like this presidential election, not all messages are scams – in fact the majority of messages RoboKiller identified in October were sent by politically affiliated organizations. Almost 50% of October 2020 political messages received by RoboKiller customers came from short codes, which are five or six digit phone numbers used by political campaigns to send and receive text messages.

However,  a legitimate source does not always mean they are wanted messages or contain factual information. Text messages and robocalls containing misleading information about mail-in voting and political candidates were another pain point for Americans this year. However, in recent months, RoboKiller has found that political texts containing misinformation targeted towards vulnerable voters in specific areas are happening at a lower rate than other election-related messages like donations or election surveys.

RoboKiller is working diligently to identify messages that include misinformation to hold senders accountable. If you’re aware of any targeted robocall or text message containing misinformation, RoboKiller may be able to help.

Will these political text messages stop after the polls close on November 3rd?

Given the uncertainty surrounding when America will have a declared winner of the presidential election, RoboKiller predicts political text message volume may continue to stay at elevated levels between the time the polls close on November 3rd and even after the election is over. Though no texts of this nature have yet to be identified, RoboKiller will be monitoring closely to ensure political texts are not misused to incite any action outside of donation requests and voter support following the official poll results.