He resigned his seat in Congress the day before the plea. 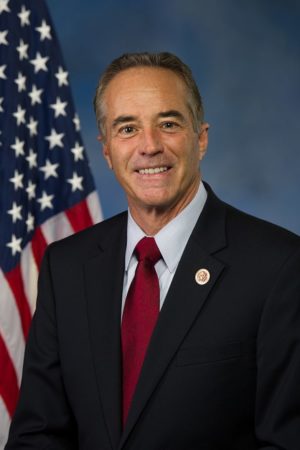 Christopher Collins resigned his seat in Congress the day before the plea.

Geoffrey S. Berman, the United States Attorney for the Southern District of New York, announced Tuesday that Christopher Collins, who represented the 27th District of New York as a member of the U.S. House of Representatives, pleaded guilty to participating in a scheme to commit insider trading and to making false statements to federal law enforcement agents when interviewed about his conduct.

U.S. Attorney Geoffrey S. Berman said:  “By virtue of his office, Christopher Collins helped write the laws of this country, but he acted as if the law did not apply to him.  Today, by pleading guilty, Collins acknowledged that while he was a member of Congress he committed insider trading and then lied to the FBI in an attempt to cover it up.  Today’s plea is a reminder that all citizens stand equal before the law in our criminal justice system.”

The following facts are based on the allegations contained in the Superseding Indictment and statements made in related court filings and proceedings:[1]

In total, these trades allowed Cameron Collins and Zarsky, and Individual-1 through Individual-6, to avoid over $768,000 in losses that they would have otherwise incurred if they had sold their stock in Innate after the Drug Trial results became public.

In or about October 2014, Innate initiated a Phase 2B clinical trial of its primary drug, MIS416.  Successful completion of the Drug Trial was a necessary prerequisite to the commercialization of MIS416.  Because Innate had no other significant products in development, its stock price was tied to the success of MIS416.

The Drug Trial was widely expected to be completed around the summer of 2017.  For example, on or about June 9, 2017, Innate’s chief executive officer (“CEO”) sent various individuals, including CHRISTOPHER COLLINS, an email stating that “the delivery date for [the] review and ‘verdict’” of the Drug Trial “will [] occur at COB on US Thursday June 22nd.”  As the summer progressed, individuals within Innate remained optimistic that MIS416’s Drug Trial results would be positive.  The initial Drug Trial results were made available by trial administrators to Innate’s CEO on June 22, 2017.  These results established that MIS416 lacked therapeutic value in the treatment of multiple sclerosis.  The results were not publicly released at that time.  Instead, they were released publicly on June 26, 2017, after the U.S. markets had closed (the “Public Announcement”).  Innate’s stock price subsequently crashed, dropping 92% on the first trading day following the Public Announcement.

Dissemination of the Drug Trial Results

On or about June 22, 2017, at approximately 6:55 p.m., Innate’s CEO sent an email describing the Drug Trial results to the company’s Board of Directors, including CHRISTOPHER COLLINS.  The email explained to Innate’s Board of Directors for the first time that the Drug Trial had been a failure.  The email began, in part, “I have bad news to report,” and continued to explain that “the top line analysis of the ‘intent to treat’ patient population (ie every subject who was successfully enrolled in the study) would pretty clearly indicate[s] ‘clinical failure.’”  The email continued, “Top-line 12-month data . . . show no clinically meaningful or statistically significant differences in [outcomes] between MIS416 and placebo,” and concluded by stating, “No doubt we will want to consider this extremely bad news. . . .”

Trading and Tipping by Cameron Collins and Zarsky

Furthermore, after learning the Drug Trial results from CHRISTOPHER COLLINS, on or about the night of June 22, 2017, Cameron Collins provided the Drug Trial results to at least the following three sets of individuals so that they could trade in advance of the Public Announcement:  (1) his fiancée, Individual-1; (2) Zarsky and Zarsky’s wife, Individual-2; and (3) Cameron Collins’s friend, Individual-6.  Collectively, these individuals avoided approximately $186,620 in losses as a result of their trading on inside information.

On or about the morning of June 23, 2017, Zarsky provided the negative Drug Trial results that he had learned from Cameron Collins and Individual-1 to at least the following individuals, among others, or otherwise caused them to trade or attempt to trade in advance of the Public Announcement: (1) his brother, Individual-3; (2) his sister, Individual-4; and (3) his longstanding friend, Individual-5.  Collectively, these individuals avoided approximately $10,900 in losses as a result of their trading on inside information.

False Statements to the FBI

Mr. Berman praised the outstanding work of the FBI and thanked the U.S. Securities and Exchange Commission for its assistance.

This case is being handled by the Office’s Securities and Commodities Fraud Task Force.  Assistant U.S. Attorneys Scott Hartman, Max Nicholas, and Damian Williams are in charge of the prosecution.

The charges against Cameron Collins and Stephen Zarsky are merely accusations, and they are deemed innocent unless and until proven guilty.