News of the stamp is being shared with the hashtags #MoonLandingStamps or #AstronautStamps. 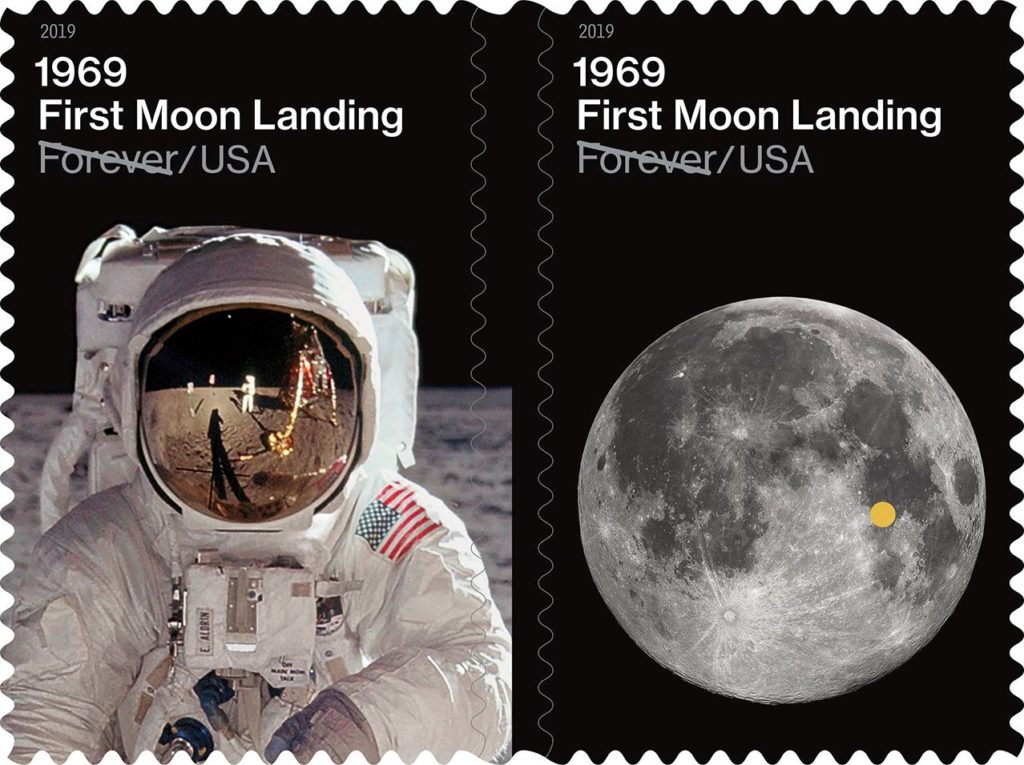 What:
The U.S. Postal Service is celebrating the 50th anniversary of Apollo 11 and man’s first steps on the Moon with two Forever stamps.

The stamp dedication ceremony is free and open to the public. News of the stamp is being shared with the hashtags #MoonLandingStamps or #AstronautStamps.

When:
Friday, July 19, 2019, at 11 a.m. EDT
Where:
Kennedy Space Center Visitor Complex
Space Commerce Way
Merritt Island, FL
RSVP:
Dedication ceremony attendees are required to RSVP at usps.com/moonlanding.
Background:
On July 20, 1969, Apollo 11 astronauts Neil Armstrong and Buzz Aldrin achieved something that had long been confined to the realm of science fiction when they landed a spidery spacecraft named Eagle on the Moon. A worldwide audience watched and listened when Armstrong stepped onto the Moon’s surface and famously said, “That’s one small step for (a) man, one giant leap for mankind.”

On the 50th anniversary of this first Moon landing, two stamp designs commemorate that historic milestone. One stamp features Armstrong’s iconic photograph of Aldrin in his spacesuit on the surface of the Moon. The other stamp, a photograph of the moon taken in 2010 by Gregory H. Revera from his home in Madison, AL, shows the landing site of the lunar module, Eagle, in the Sea of Tranquility. The site is indicated on the stamp by a dot. Art director Antonio Alcalá designed the stamps.

The 1969: First Moon Landing stamps are being issued as Forever stamps. Forever stamps will always be equal in value to the current First-Class Mail 1-ounce price.

Customers may purchase stamps and other philatelic products through the Postal Store at usps.com/shop, by calling 800-STAMP24 (800-782-6724), by mail through USA Philatelic or at Post Office locations nationwide.

This is a press release from USPS.