Are you a TSA Pre-Check user? 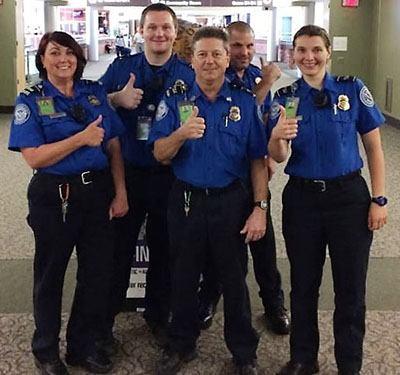 The Transportation Security Administration has announced a major milestone.

The federal agency said last week that the TSA PreCheck™ program has reached a milestone of 10 million members. TSA PreCheck, which opened its first enrollment center in December 2013, has more than 400 enrollment centers nationwide. From March 2019 to February 2020, there was an 18% increase in new membership compared to the same period the year prior.

TSA achieved this milestone more than six months in advance of the October 1, 2020, deadline set in the TSA Modernization Act, part of H.R. 302, the FAA Reauthorization Act of 2018. TSA PreCheck is an expedited screening program that enables low-risk travelers to enjoy a smart and efficient screening experience at more than 200 U.S. airports. For TSA PreCheck travelers, there is no need to remove shoes, laptops, 3-1-1 liquids, belts or light jackets. In January, nearly 94% of passengers in TSA PreCheck lanes waited less than five minutes. TSA PreCheck is accessible only on air carriers and at airports that partner with TSA.

TSA PreCheck is available when flying domestically and when departing from a U.S. airport to a foreign country as well as connecting flights after returning to the U.S. Travelers who are U.S. citizens, U.S. nationals and lawful permanent residents of the U.S. can apply for TSA PreCheck for a cost of $85 for five years through the TSA PreCheck Application Program. Once approved, travelers have the opportunity to utilize TSA PreCheck lanes at select security checkpoints when traveling on any of the 73 participating airlines.

“TSA remains committed to its core mission to secure the homeland, while ensuring passengers have as smooth a travel experience as possible,” said Pekoske.

Other passengers who are eligible for TSA PreCheck include members of the three U.S. Customs and Border Protection Trusted Traveler programs, Global Entry, NEXUS and SENTRI. TSA PreCheck is also available for U.S. Armed Forces service members, including those serving in the U.S. Coast Guard, Reserves and National Guard. To find the program that best suits your travel needs, use the Department of Homeland Security trusted traveler comparison tool. To date, there are a total of over 22 million travelers eligible for TSA PreCheck screening.

Passengers should check for the TSA PreCheck indicator (such as TSAPRECHK, TSA PRE, or TSA Pre✓®) on their boarding pass to know if they are eligible for TSA PreCheck on their flight.

As a reminder, TSA PreCheck members who have enjoyed expedited screening since 2013 are now eligible to renew their membership. To keep enjoying TSA PreCheck benefits, individuals may renew up to six months before the membership expiration date. For most members, renewal is easy and may be completed online.

Last year, TSA marked several high volume periods at security checkpoints, and this year will be no exception. TSA PreCheck enrollment is easy – it takes 5 minutes to apply online, then 10 minutes for an in person appointment. Travelers can receive their known traveler number in less than two weeks. That means you could be flying with TSA PreCheck in time for the Spring Break travel period.