The funding through the National Park Service will provide critical support for the continued operation, maintenance and security of the memorial and museum. 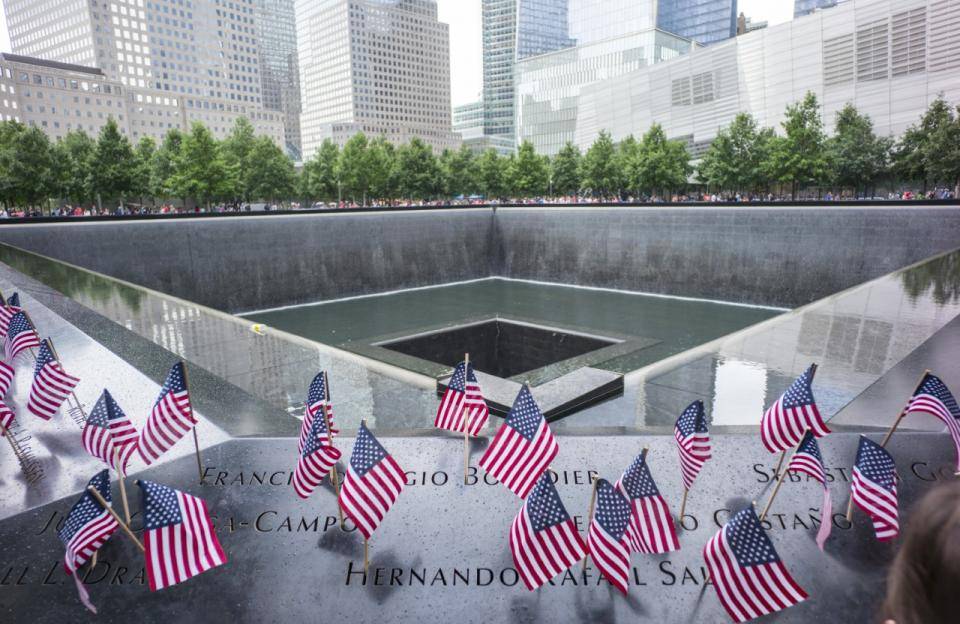 President Trump recently announced the award of a $2 million 9/11 Memorial Act grant to the National September 11 Memorial in New York City. The funding through the National Park Service will provide critical support for the continued operation, maintenance and security of the memorial and museum.

“We all remember where we were on September 11, 2001 – a day in American history where the world seemed to stand still,” said U.S. Secretary of the Interior David L. Bernhardt. “This funding will provide critical support for the memorial, so current and future generations can visit and reflect on the events that transformed our nation.”

“As we near the 20th anniversary of the September 11th attacks, we must never forget the bravery, sacrifice and the lives lost,” said National Park Service Deputy Director David Vela, exercising the authority of the director. “These grants help ensure the memorials are maintained and that the public can learn about and commemorate the heroes of the terrorist attacks of September 11, 2001.”

“The 9/11 Memorial & Museum is a national landmark and the preeminent authority on the history of the 9/11 attacks,” said President & CEO of the 9/11 Memorial & Museum Alice M. Greenwald. “It is a site of national significance, actively affirming the power of remembrance and the potential for resilience in the aftermath of tragedy and unimaginable loss. We are deeply grateful to the Department of the Interior for awarding the 9/11 Memorial Act grant so that this national place of tribute, reflection and learning can continue its mission to commemorate, educate, and inspire.”

The Trump Administration is committed to honoring the victims and heroes of 9/11. President Trump has also worked to ensure that America’s national monuments are protected and accessible to everyone and recently issued Executive Order 13933: “Protecting American Monuments, Memorials, and Statues and Combating Recent Criminal Violence” and Executive Order 13934: “Building and Rebuilding Monuments to American Heroes” meant to “preserve the memory of our American story and stir in us a spirit of responsibility for the chapters yet unwritten.”

Located at the World Trade Center in New York City, the National September 11 Memorial is a tribute of remembrance and honor to the nearly 2,983 people killed in the terror attacks of September 11, 2001 at the World Trade Center site, near Shanksville, Pennsylvania, and at the Pentagon, as well as the six people killed in the World Trade Center bombing in February 1993. The names of every person who died in the 2001 and 1993 attacks are inscribed into bronze panels edging the memorial pools, a powerful reminder of the largest loss of life resulting from a foreign attack on American soil and the greatest single loss of rescue personnel in American history.

Selected due to its extraordinary commitment to honoring the lives lost, as well as those who risked their own lives to save others, the National September 11 Memorial is a place of national and international significance for learning, grieving and reflecting. The funds from this grant will ensure the continued maintenance and security operations of the eight-acre memorial to support an impactful experience for the six million annual visitors.

Since its dedication in 2011, the 9/11 Memorial has welcomed more than 51 million visitors, including 9/11 victim family members, first responders, veterans and the general public from all 50 states and 190 countries. In addition, funds will support a variety of meaningful public activities, including daily tours, an annual commemoration ceremony and professional training programs for law enforcement, intelligence and other government agencies and military organizations.

Background on the Funding

Authorized and funded by Congress, the Secretary of the Interior can award a single competitive grant per year for the operation and maintenance of a memorial commemorating the victims of the terrorist attacks on the World Trade Center, the Pentagon and United Flight 93 on September 11, 2001, and the victims of the attack on the World Trade Center on February 26, 1993. Eligible memorials have to offer free admission to active and retired members of the military, registered first responders to the 9/11 attacks, and family members of victims of the attacks — in addition to offering free admission hours to the general public at least once per week.