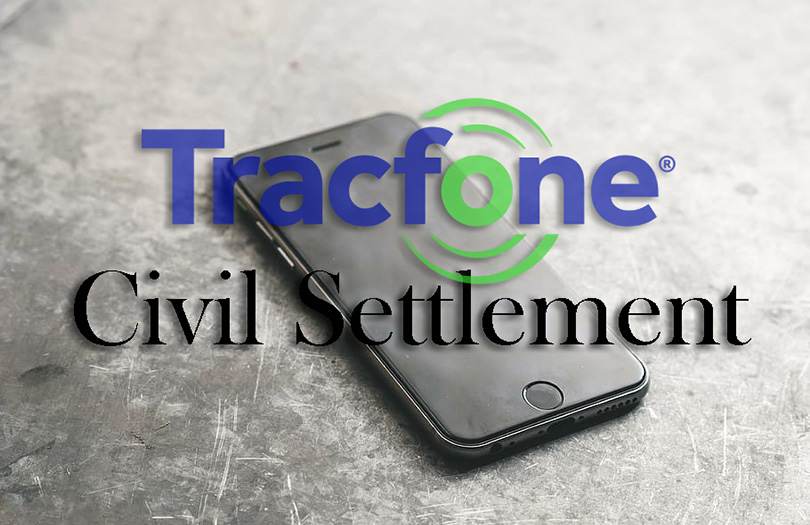 According to the U.S. Department of Justice, TracFone Wireless Inc. has agreed to pay $13.4 million as part of a civil settlement to resolve allegations that TracFone violated the False Claims Act by signing up more than 175,000 ineligible customers in connection with the Federal Communications Commission’s (FCC) Lifeline Program.

Lifeline, created by Congress in the Telecommunications Act of 1996, provides nearly $2 billion each year to assist low-income consumers with their telecommunications needs. In many cases, this consists of a free cell phone (provided by the carrier) and free monthly cell phone service (provided by the government). In order to qualify for Lifeline, a consumer’s income must be at or below 135% of the Federal Poverty Guidelines or the consumer must receive benefits from certain specified federal assistance programs.

The United States alleged that between 2012 and 2015, TracFone, a telecommunications carrier based in Miami, impermissibly signed up more than 175,000 subscribers who were ineligible for the program. TracFone hired independent third-party sales agents, including agents hired by Elite Promotional Marketing Inc. (Elite), to enroll these customers. These agents learned that TracFone’s computer software contained a glitch that allowed ineligible persons to enroll in Lifeline. Some agents in Florida then exploited the glitch to increase their consumer enrollments and commission payments. The government alleged that TracFone failed to adequately review the applications and did not properly investigate reports of clearly ineligible subscribers enrolled in the program that would have revealed the glitch. After TracFone eventually discovered the software glitch in August 2015, it repaid more than $10.9 million to Lifeline, an amount that was credited as part of the $13.4 million settlement.

“Lifeline providers have a duty to ensure that only eligible subscribers are enrolled in the Lifeline Program,” said Deputy Assistant Attorney General Michael D. Granston of the Civil Division’s Commercial Litigation Branch. “Today’s settlement demonstrates our commitment to ensure that those participating in government funded programs exercise appropriate vigilance to prevent the misuse of taxpayer dollars.”

“The U.S. Attorney’s Office is committed to protecting taxpayer funds and safeguarding federal programs from false claims,” said U.S. Attorney Roger Handberg for the Middle District of Florida. “We will continue to work with our law enforcement partners to identify and eliminate practices that defraud Lifeline and other federal programs.”

“Today’s settlement reflects the FCC’s ongoing commitment to root out waste, fraud and abuse in its universal service programs,” said Chairwoman Jessica Rosenworcel of the FCC. “Especially during these unprecedented times, the Universal Service Fund provides a key lifeline for many families, and our careful stewardship of the program ensures that low-income households can access the telecommunications services they so critically need. Let today’s action serve as a warning to others that we will do everything we can to ensure strict compliance with the rules of the road.”

“The FCC Office of Inspector General (OIG) is committed to eliminating fraud, waste and abuse in the Lifeline and other FCC programs, and appreciates its strong partnership with the U.S. Department of Justice,” said Inspector General David Hunt of the FCC OIG. “We will continue to work with our law enforcement partners to ensure these funds are safeguarded from false claims by fund recipients.”

The settlement with TracFone resolves a lawsuit filed under the whistleblower provisions of the False Claims Act, which permits private parties to file suit on behalf of the United States for false claims and share in a portion of the government’s recovery. The civil lawsuit was filed in September 2015 by Farrell Gordon, formerly a Lifeline sales representative at Elite. Elite previously settled with the United States for $95,000 based on ability to pay.  As part of the resolution, Mr. Gordon will receive $462,500.

The settlement was the result of a coordinated effort among the U.S. Attorney’s Office for the Middle District of Florida, the Civil Division’s Commercial Litigation Branch, Fraud Section, the FCC OIG and FCC Office of General Counsel.