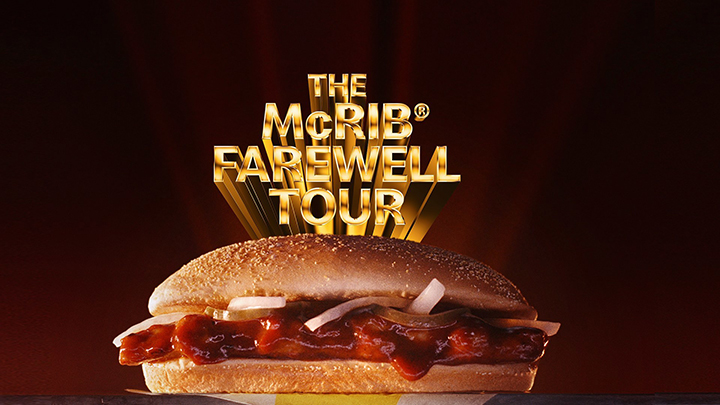 McDonald’s announced this week that the McRib is returning Halloween day, but for a “farewell tour”. If this is anything like the farewell tours we’ve seen from a lot of rock bands, fans will have several more chances to say goodbye. They even have some get-it-while-you-can merch for those die hard McRib fans. Props to good marketing though..

We have good news, and we have bad news. The elusive McRib® is finally back…BUT this could be your last chance to get it. After three straight years headlining McDonald’s® nationwide menu each fall, the iconic sandwich is embarking on a “Farewell Tour” – giving fans across the country one more chance to experience a taste of the McRib at participating McDonald’s restaurants starting Oct. 31.

Like any true farewell tour, we’re hoping this isn’t a “goodbye” but a “see you later.” Because as our McRib stans have experienced time and time again: you never know when – or if – the McRib is coming back.

Since no Farewell Tour is complete without custom merch, fans will be able to show their love for this legendary sandwich long after it’s gone with limited-edition throwback-inspired merch featuring the McRib throughout the decades on art, clothing and memorabilia. The nostalgic McRib merch line will be available beginning Nov. 4 at 11 a.m. ET on GoldenArchesUnlimited.com, with pricing starting as low as $0.99!

Before the McRib takes its final bow, we’re paying homage by bringing fans on a trip down memory lane with the McRib’s “Greatest Hits” – featuring special moments that made the McRib the icon it is today – for all to reminisce and enjoy. *mic drop*

In 2003, McDonald’s introduced a mini version of this fan-favorite when the McRib® Jr. entered the scene (aw!). 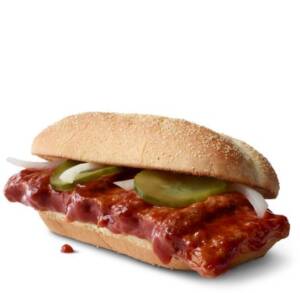 The McRib® is a tantalizing sandwich made with seasoned boneless pork slathered in tangy BBQ sauce, topped with slivered onions and tart dill pickles, served on a homestyle bun.