Mars Is Back In The Game: M&M’S Announces A Legendary Return To Super Bowl LVII 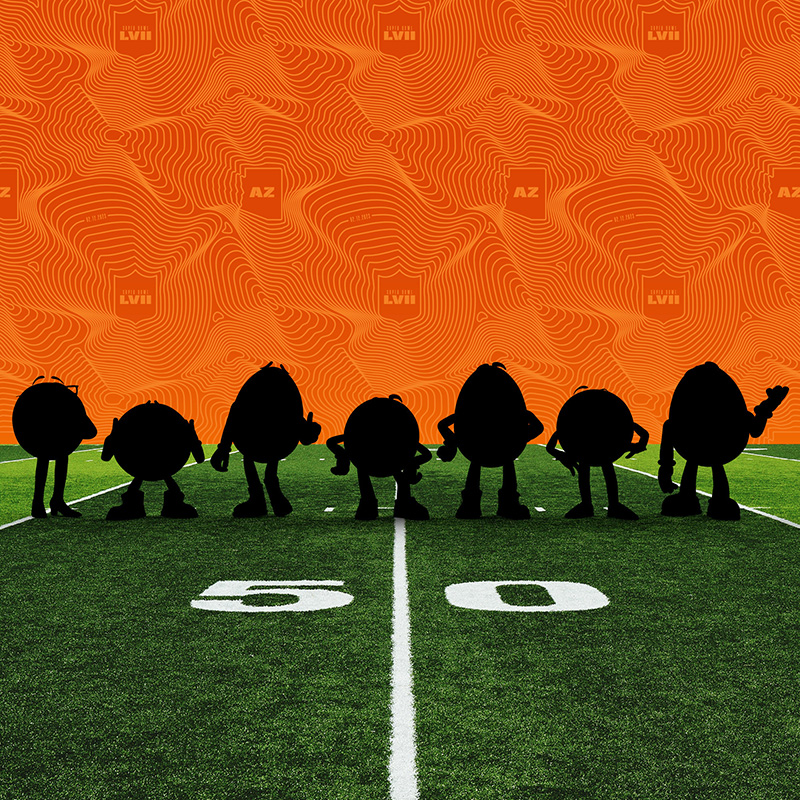 After a monumental year, M&M’S®, proudly part of Mars, has announced that the brand is kicking off 2023 with a return to Super Bowl.

Mars has been a part of Super Bowl’s showstopping advertising lineup for more than a decade collectively across the portfolio of iconic brands.

Mars has a history of celebrated ad campaigns debuting around Super Bowl, one of the biggest consumer stages in the world. Most recently, the 2021, M&M’S “Come Together” spot was ranked #4 on USA Today’s Ad Meter, and in 2020, the SNICKERS® “You’re Not You” 2010 spot, was ranked as the #1 best Super Bowl commercial over the last twenty-five years by USA Today.

“Mars has delivered some of the most buzz-worthy Super Bowl moments over the years, and we’re inspired by the M&M’S brand being back in the mix in a new way for 2023,” said Gabrielle Wesley, Chief Marketing Officer, Mars Wrigley North America. “M&M’S brings people together through the power of fun to foster belonging, with universal humor that entertains fans in a way only a globally loved and legendary brand like M&M’S can. The latest campaign extends our purposeful work over the last year but is rooted in a new creative territory, and we can’t wait for our fans to see what’s about to unfold.”

The Super Bowl LVII spot continues the momentum of a transformative year for M&M’S, with a refreshed brand purpose and visual identity rooted in purpose, forming the first ever M&M’S Advisory Board, partnering with trailblazing artists and entertainers on custom collaborations, and of course, evolving the characters and introducing the first new character in over ten years, Purple – all of which ultimately helped cement the M&M’S brand on the list of Gen Z’s favorite brands for 2022.(1)

The new 30-second spot, produced by BBDO New York, will air during the third commercial break in the second quarter of Super Bowl LVII, which will be broadcast on FOX on Sunday, Feb. 12, 2023. It will be just one part of an extensive, immersive campaign throughout the month surrounding Super Bowl.

Mars is also further contributing to Super Bowl Sunday’s festivities through the PEDIGREE® brand, the number one brand of dog food and treats in the world, and the TEMPTATIONS™ brand, both of which are proudly part of the Mars family. The PEDIGREE brand will continue its long-standing tradition of sponsoring the adorable Puppy Bowl, where the TEMPTATIONS Kitty Sky Box will be featured throughout the game so fans can feel as if they’re in the center of all the action. Puppy Bowl XVII will air before the game on the Discovery Channel at 2pm ET/11 am PT.